Details about Saif Ali Khan's character has been kept under wraps 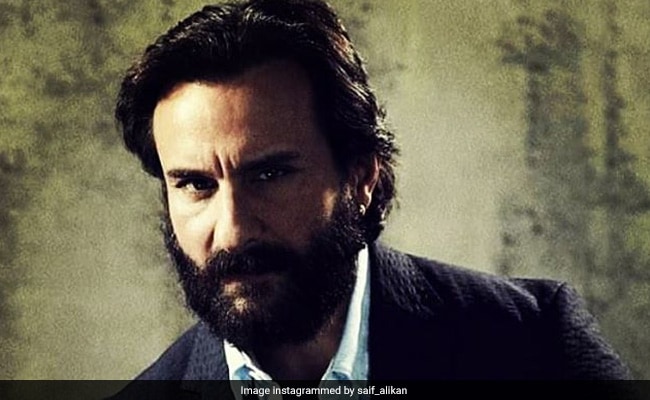 After Sara Ali Khan's Bollywood debut with Sushant Singh Rajput in Kedarnath, it is her father Saif Ali Khan who is set to share screen space with the actor in Mukesh Chhabra's Dil Bechara, Mumbai Mirror reported. Dil Bechara, which is the Hindi remake of John Green's romantic novel The Fault In Our Stars, features Sushant Singh Rajput and Sanjana Sanghi in the lead roles and according to reports Saif Ali Khan has been roped in for a cameo in the film. "We shot in Paris for a week but Saif was only there for a few days. He gelled well with the team and we had a great time," Mukesh Chhabra told Mumbai Mirror.

Mukesh Chhabra has refrained from divulging details about Saif Ali Khan's character in the film but several reports suggest that he is playing the role of author Peter Van Houten, whose character in the original film was portrayed by Willem Dafoe. Saif reportedly shot at Quai de I'Hotel-de-ville near Montmartre in Paris.

It was announced on Friday that Mukesh Chhabra's film which was earlier titled Kizie Aur Manny has been renamed Dil Bechara and Chief Creative Officer of Fox Star Studios Rucha Pathak explains why. "AR Rahman, who is composing the music, shared a vibrant and fun number with lyrics written by Amitabh Bhattacharya. When we heard the song, we found our title in it. It perfectly embodies the theme of the film," Rucha told Mumbai Mirror. Mukesh Chhabra said that the new title is "self-explanatory" and people will "relate" to it. "Dil Bechara is self-explanatory and will instantly relate to it," he said.

Hollywood has already adapted The Fault In Our Stars into a movie with the same name, with the main cast comprising Shailene Woodley and Ansel Elgort.

Meanwhile, Saif Ali Khan has started shooting for the second season of Netflix web-series Sacred Games. He also has Hunter and Taanaji: The Unsung Warrior in the pipeline.