Sadak 2 Song Shukriya: The lyrics of the song are written by Rashmi Virag and Jeet Gannguli 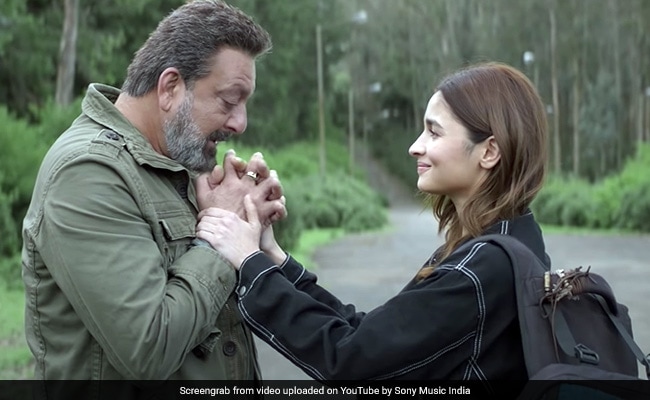 A day before Sadak 2's online release, the makers of the film dropped one more song titled Shukriya from its playlist on social media. The film is the sequel to Sanjay Dutt and Pooja Bhatt's 1991 hit Sadak. The new soulful song from the sequel showcases the film's lead characters Ravi, Aryaa and Vishal (played by Sanjay Dutt, Alia Bhatt and Aditya Roy Kapur, respectively) dealing with heart-break and expressing gratitude towards life for giving them some good, as well as some bitter experiences. The song opens with Vishal, who can be seen hurting himself while trying to drown his sorrows at a bar. It also shows some emotional moments between Aryaa and Vishal. Towards the end of the song, Ravi breaks into tears as he holds the picture of his lost love Pooja (Pooja Bhatt), who is dead now.

The track Shukriya has been sung by KK and Jubin Nautiyal and directed by Jeet Gannguli. The lyrics of the song are written by Rashmi Virag and Jeet Gannguli.

Sadak 2 is about Aryaa's pledge to take down a villainous godman, played by Makarand Deshpande. Sanjay Dutt reprises his role as a taxi driver in the new film, directed by Alia and Pooja Bhatt's filmmaker father Mahesh Bhatt, who also helmed the original 1991 film. Sadak 2, which also stars Gulshan Grover, will release on Disney+Hotstar this Friday.