Jackie Shroff features as one of the antagonists in Saaho 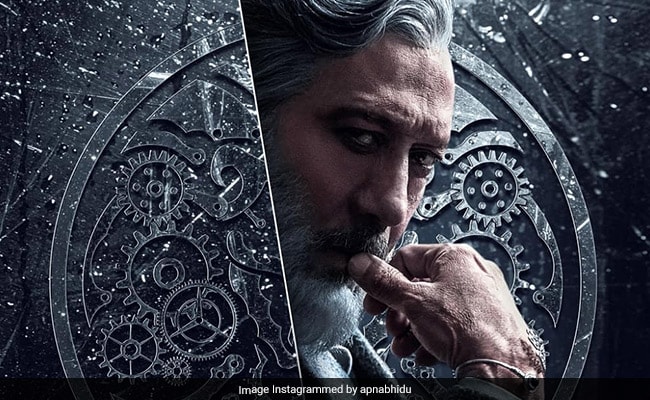 After Chunky Panday, the makers ofSaahoshared Jackie Shroff's look from the film and intense can't even begin to describe it. Jackie Shroff, who features as one of the antagonists named Roy in the film, can be seen sporting salt and pepper hair and beard in the poster. The kohl-rimmed eyes add a dramatic effect to his look. Dressed in a grey suit, the 62-year-old actor can be seen intensely staring at the camera. "Say yes or die," read the caption on Jackie Shroff's post. He added, "Saaho releasing on August 30."

The poster, featuring Jackie Shroff got a big shout out from fans. Tabu commented: "Boss Jackson," while Siddhanth Kapoor wrote: "Smashed it bhidu." Check out the poster here:

On Wednesday, the maker of Saaho introduced us to Chunky Panday's character in the film by sharing a poster. The actor, who also features as one of the villains in the film, shared his look from the film and he captioned it: "The devil himself. Saaho releasing on August 30."

Directed by Sujeeth, Saaho also features Mandira Bedi, Jackie Shroff, Neil Nitin Mukesh and Arun Vijay in key roles.Here are all the looks of the Saaho stars so far:

The teaser is out on June 13th! #SAAHO #15thAugWithSaaho @actorprabhas @sujeethsign

Here's #Vishwank from #Saaho .. I'm sure you will love the character as much as I loved playing it!! #SaahoFromAug30th @actorprabhas @shraddhakapoor @neilnitinmukesh @uvcreationsofficial @tseries.official @sujeethsign

Saaho, which will release in Telugu, Tamil and Hindi, was was earlier slated to release on August 15 this year and it would have clashed with Telugu films Ranarangam, starring Sharwanand and Adivi Sesh's Evaru. Saaho would have also clashed with Bollywood films - Akshay Kumar's Mission Mangal and John Abraham's Batla House. However, Saaho will now open in theaters on August 30.