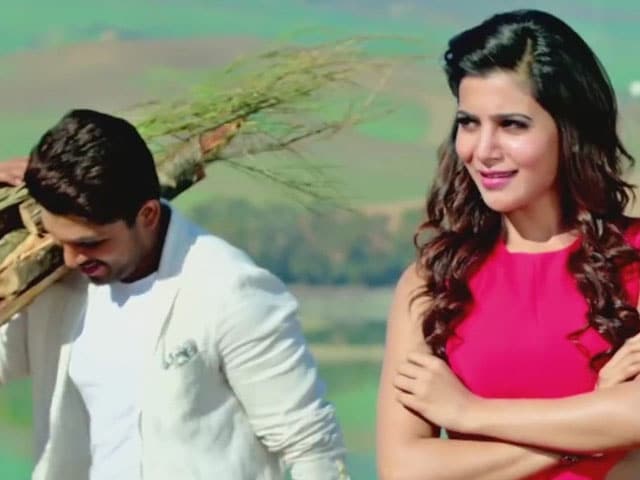 A still from S/O Satyamurthy

Allu Arjun's S/O Satyamurthy, a family drama, has made it to the prestigious club of all-time top ten grossing Telugu films.

It is for the second time for him in a row after his last release Race Gurram featured in the list too.

"With a distributor share of over Rs 50 crore, the film has done phenomenal business at the box office. It is currently at seventh position in the list of top ten grossing Telugu films," trade analyst Trinath told IANS.

At fourth position in the list is Race Gurram, which was the biggest blockbuster of last year, collecting a share of over Rs 57 crore.

S/O Satyamurthy, which is directed by Trivikram, has so far grossed over Rs 80 crore at the box office in three weeks.

The film opened to mixed reviews, earning equal share of brickbat and bouquets from audiences and critics alike. However, the masses lapped it up, especially the family audience.

If the successful run of S/O Satyamurthy continues for a couple of more weeks, it might even make it to the top three in the list.

Promoted
Listen to the latest songs, only on JioSaavn.com
Other films in the list include Attarintiki Daaredhia, which holds the first position with a whopping distributor share of over Rs 75 crore. At second position is Ram Charan's Magadheera with a share of about Rs 73 crore, while Pawan Kalyan's Gabbar Singh with a share of around Rs 60 crore holds the third position.

At fifth and sixth positions are Mahesh Babu's Dookudu and Seethamma Vakitlo Sirimalle Chettu with shares of Rs 56 crore and Rs 52 crore respectively. Other four positions are held by Prabhas's Mirchi, Ram Charan's Yevadu, Naayak and NTR's Baadshah in the range of Rs 45 - 50 crore.