"Having children for me made me feel so much more in my skin," said Blake 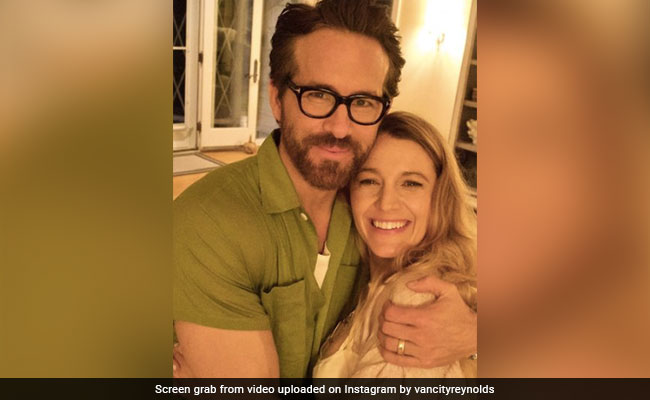 Ryan Reynolds and Blake Lively, who are doting parents to three daughters, are all set to embrace parenthood for the fourth time. On September 15, Blake debuted her baby bump during an appearance at the Forbes Power Women's Summit, E! News reported. "I just like to create. Whether that's baking or storytelling or businesses or humans, I just really like creating," Blake quipped at the event. The Gossip Girl actress arrived dressed in a golden sequin dress and proudly flaunted her baby bump.

Ryan and Blake tied the knot in 2012. keep their daughters out of the public eye, but that hasn't stopped them from gushing over their family life together.

"Having children for me made me feel so much more in my skin," Blake told Forbes in May.

"I never felt more myself or at ease in my own body or more confident--not to say that there aren't a bevy of insecurities coming at me a million times a day, but I just feel incredibly settled."

Blake and Ryan's eldest daughter James was born in 2014. In 2016, the two welcomed their second daughter Inez and Betty in 2019.