Roles Reversed On Swades Set: When Shah Rukh Khan 'Took Over' The Camera To Shoot His Director 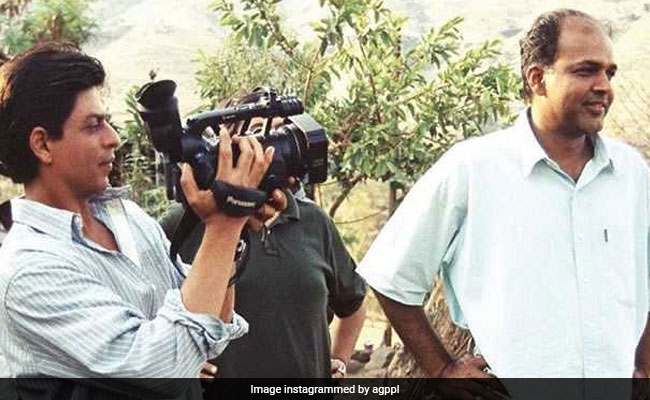 SRK and Ashutosh Gowariker on the sets of Swades. (Image courtesy: agpp)

We love Throwback Thursday posts and the picture shared on the official Instagram account of Ashutosh Gowariker Productions proves exactly why. In case you are wondering why we are gushing over the picture incessantly, we must tell you that it features Shah Rukh Khan and Ashutosh Gowarikar on the sets of Swades  but there was a slight reversal of roles. How, you ask? Well, in the picture, Shah Rukh could be seen shooting the film's director Ashutosh Gowariker. The post also explained the reason behind the exchange of duties on the film's set. Ashutosh Gowariker wanted a "perfect landscape shot" and film's lead actor SRK decided to help the director with the task. Isn't that interesting?

The post gave a detailed explanation of the escapade and the caption on the post shared by Ashutosh Gowariker Productions read, "An enthusiastic Shah Rukh with Ashustosh Gowariker! The crew had made a difficult journey to reach the location for a shot in Swades. Shah Rukh Khan, happy to participate, took over the camera to shoot the director! All because Ashutosh Gowariker wanted the perfect landscape shot."

An enthusiastic @iamsrk with #AshustoshGowariker! The crew had made a difficult journey to reach the location for a shot in #Swades. Shah Rukh Khan, happy to participate, took over the camera to shoot the director! All because Ashutosh Gowariker wanted the perfect landscape shot. #BTS

Swades  showcases the story of a man named Mohan (played by SRK), a project manager working in the US, who visits India to take care of a mother figure but ends up discovering his love for his homeland. The film emerged as one of the most successful films in 2004 and it received two National Awards. Besides SRK, the film also featured Gayatri Joshi, Kishori Ballal and Makrand Deshpande in key roles.