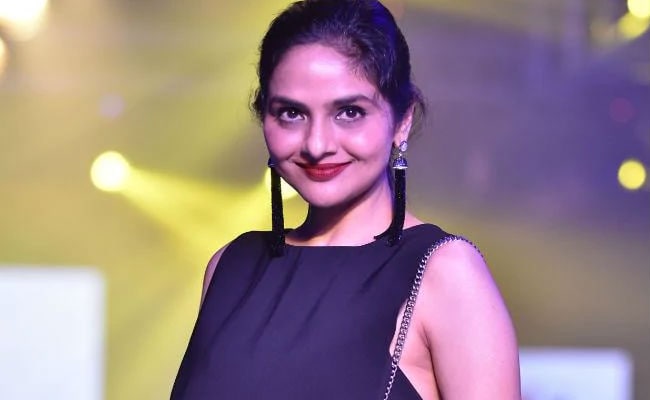 Madhoo photographed at a fashion show in Mumbai.

Roja actress Madhoo, who is all set to make her comeback with horror comedy Khalli Balli, told Mumbai Mirror that contrary to the reports that she's no longer working, she is very much interested in making films. "People seem to believe that I am not working, I have settled abroad or down south, or I am not interested in working at all. That's not true. I have always been living in Mumbai, I love working in films... and I love working in Hindi films," she told Mumbai Mirror. Madhoo debuted in Bollywood in 1991 film Phool Aur Kaante and she went on to star in several Hindi and regional films including Roja, Chehraa and Gentleman.

She took a break from films to look after her children and resumed work in Bollywood with Love U...Mr Kalakaar, which released in 2011. "After that film, I had hoped that I would be working constantly. But that didn't happen for a few more years," she said.

In 2017, Madhoo also starred in TV show Aarambh. "Goldie (producer Goldie Behl) came to me with his TV show Aarambh. That really boosted my confidence... After Aarambh, I never stopped working and have done several South films. However, to tell you the truth, apart from Goldie and some other TV shows nobody really came to me with offers and I didn't want to do the latter because it would mean working every day of the month, which I wasn't comfortable with," she said.

Madhoo told Mumbai Mirror that she was offered Khalli Balli on her Aarambh co-star Rajneesh Duggal's recommendation. "I shared a great rapport with my co-star Rajniesh (Duggall) and after it ended we were hoping to work together again. When Khalli Balli came his way, he suggested my name too," she said.

In 2019, Madhoo featured in Seetharama Kalyana and Premier Padmini in Kannada and Tamil film Agni vs Devi.