Rocketry: The Nambi Effect Trailer - R Madhavan As An "Arrogant Genius" Reaches For The Stars 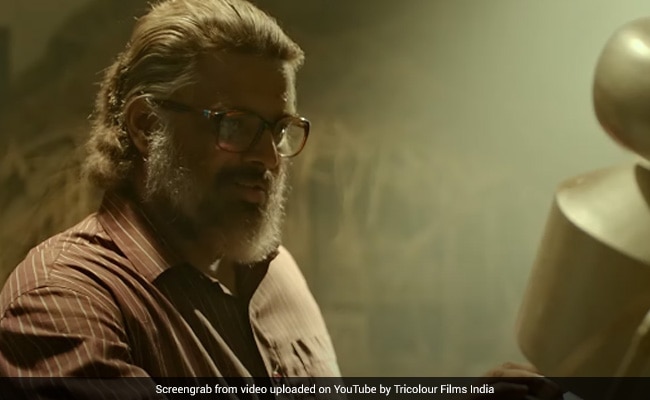 Finally, it's here - the trailer of actor-filmmaker R Madhavan's directorial debut Rocketry: The Nambi Effect. The biographical drama is based on the life of Nambi Narayanan, a former rocket scientist at Indian Space Research Organisation (ISRO), who was falsely charged with espionage and arrested in 1994. He was acquitted by the Supreme Court in 1998. The trailer begins with R Madhavan as present day Nambi Narayanan in a bearded and bespectacled avatar. In his conversation with Shah Rukh Khan, who features in a cameo in Rocketry, the onscreen Nambiar tells him to tread carefully otherwise history will be repeated. This sets the tone for unfolding Nambi Narayanan's life story, beginning from when he was in-charge of the cryogenics division in ISRO.

The trailer describes rocket scientist Nambi Narayanan as "an arrogant genius", beautifully portrayed by R Madhavan. His dream was to help India make an impact in the commercial satellite market by bringing to life the rockets he was conceptualising. The trailer also gives a glimpse of Nambi Narayanan's "genius" creations not only in home country but also in Scotland, France, Russia, among others and goes on to reveal he ditched NASA for ISRO - just one of the many patriotic gestures he made for India. "But what destroyed him was his patriotism," says the trailer.

The second part of the trailer is the heart-wrenching story of when he was accused of transferring confidential documents on India's space programme to foreign countries in 1994. Nambi Narayanan was arrested in Kerala that year and he spent close to two months in jail. The Central Bureau of Investigation dismissed charges against him in 1996 and two years later the Supreme Court also cleared his name.

Watch the trailer of R Madhavan's Rocketry: The Nambi Effect here. "All the very best Maddy," tweeted Amitabh Bachchan while sharing the trailer.

Rocketry: The Nambi Effect has also been written by R Madhavan. The film will release in English, Tamil, Telugu and Kannada in "Summer 2021." While Shah Rukh Khan features in the Hindi and English versions, actor Suriya will play the part in the Tamil release.