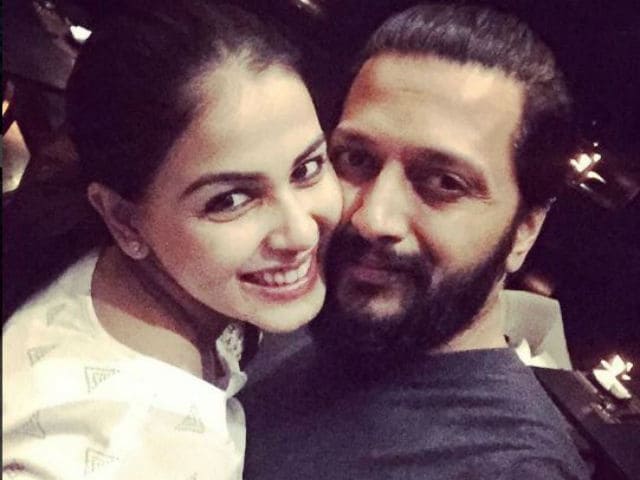 New Delhi: There's no doubting the fact that actors Riteish Deshmukh and Genelia D'Souza are the cutest couple in Bollywood. And what makes them adorable is their constant appreciation of each other.

There's a love story straight from the text books and Riteish's latest Instagram post proves it yet again.

Genelia aka Ritiesh's Baiko wore a polka dot blue dress to launch a smart phone. For the uninitiated, Baiko is the Marathi word for wife.

Just a couple of days ago Genelia tweeted this about mothers' 'constant guilt'. She is mother to Riaan, 2, and five-month-old Rahyl.

Sometimes giving your 100% also makes u feel like your not doing in enough... #constantguilthttps://t.co/EieOAlI1RC

And this is what Riteish replied:

When you feel % is not enough... you know you are a Mother. @geneliadhttps://t.co/z9DMiZ23QW

Promoted
Listen to the latest songs, only on JioSaavn.com
The couple looked stunning at the opening ceremony of Mumbai film festival 2016 recently held in the maxim city. 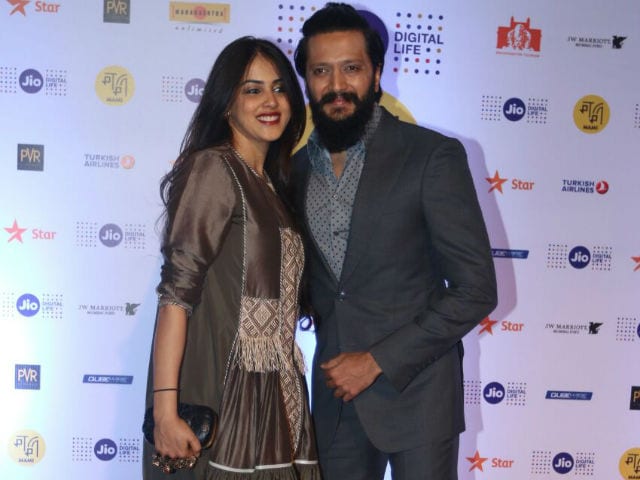 Riteish and Genelia who have worked in Tujhe Meri Kasam (2003) and Masti (2004). They married just before their Tere Naal Love Ho Gaya released in 2012.

Riteish Deshmukh, who was last seen in Banjo, is currently hosting TV chat show Yaaron Ki Baarat with filmmaker Sajid Khan. Genelia Deshmukh will soon be seen in came in Sonakshi Sinha and John Abraham's Force 2. It will hit the screens on November 18.