Riteish And Genelia's Sons Are the Stars of Deshmukh Family Pic 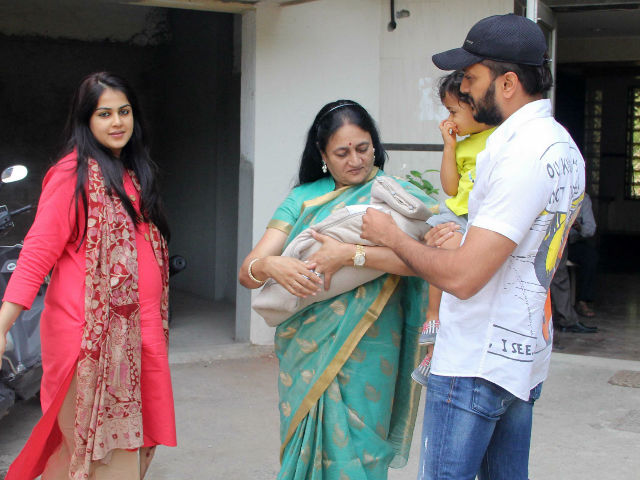 Genelia and Riteish photographed in Mumbai.

New Delhi: Bollywood's star couple Genelia and Riteish Deshmukh welcomed their second son on June 1. Both Ritiesh and Genelia, who are amongst the social-media friendly celebrities, have restrained from sharing more than a handful of Rahyl's pictures. So far.

However, Diwali was made extra special with a family picture from Riteish, co-starring youngest son Rahyl, almost two-year-old Riaan, wife Genelia and mother Vaishali Deshmukh. The picture was completed with a photograph of Riteish's late father - Vilasrao Deshmukh, former Chief Minister of Maharashtra.

This is how Riteish introduced Rahyl to the world:

It's a special day coz its my Aai's Birthday & on this special day I would like to share something special. #RAHYL #HappyBirthdayAai

Promoted
Listen to the latest songs, only on JioSaavn.com
Genelia D'Souza and Riteish Deshmukh, 37, met on the sets of 2003 movie Tujhe Meri Kasam and married on February 3, 2012. They became parents when Riaan was born in 2014.