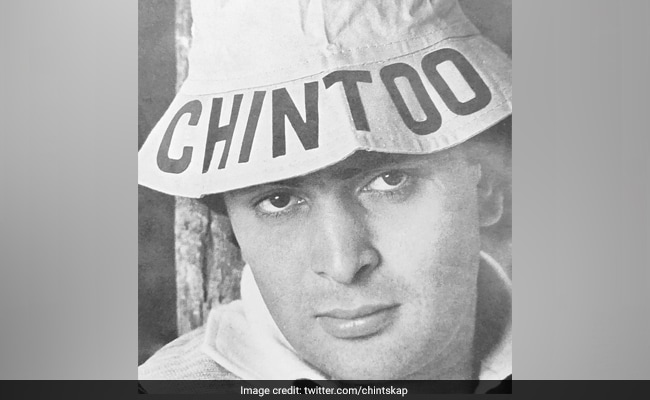 The struggles of having a nickname (especially an embarrassing one) are plenty and who would know that better than actor Rishi Kapoor, whose nickname is Chintoo. On Wednesday night, the 67-year-old actor posted a tweet that will resonate with everyone out there suffering under the yoke of Sweetu, Hablu, Gablu and worse inflicted by their, umm, loving parents. The Mulk actor posted a throwback picture, in which he can be seen wearing a hat with his nickname 'Chintoo' printed on it. In a separate tweet, Mr Kapoor wrote about reclaiming his real name: "Worked very hard to get Rishi Kapoor back as my name. Parents must never nick name a child. I never did."

That clears up one mystery - why Rishi and Neetu Kapoor's son and daughter Ranbir and Riddhima are nickname-free even though their cousins Karisma and Kareena are almost as well-known as Lolo and Bebo. Rishi Kapoor seems to have been more scarred by Chintoo than his other brothers - Randhir, father of Karisma and Kareena and also known as Daboo, and Rajiv, who soldiers on under the moniker Chimpu. But is he really though? As several comments on his tweet point out, Rishi Kapoor's Twitter handle - @chintskap - bears the supposedly hated sobriquet. "But the display is still saying its Chintoo," wrote a fan. "So when are you changing your handle?" asked another fan.

Worked very hard to get Rishi Kapoor back as my name! Parents must never nick name a child. I never did.

Rishi Kapoor, known for his frankness in both tweets and interviews, told news agency IANS recently, "These days, budding actors are more interested in grooming and building their body. They focus on building muscles than emotional exercise, which is important for actors. Build your mind rather than your body when you prepare for acting, because if you have the acting skill, you will surely become an actor. If you don't have that, you are replaceable. Look at me, do I have the body? But I am still working, because in every film I try to create a character."

Rishi Kapoor returned to Mumbai in September after almost a year of cancer treatment in New York. On the professional front, he was last seen in Jhootha Kahin Ka, co-starring Jimmy Sheirgill, Lillette Dubey, Sunny Singh and Omkar Kapoor. He will next be seen the thriller The Body, co-starring Emraan Hashmi, Sobhita Dhulipala and Vedhika. The film is slated to release on December 13.