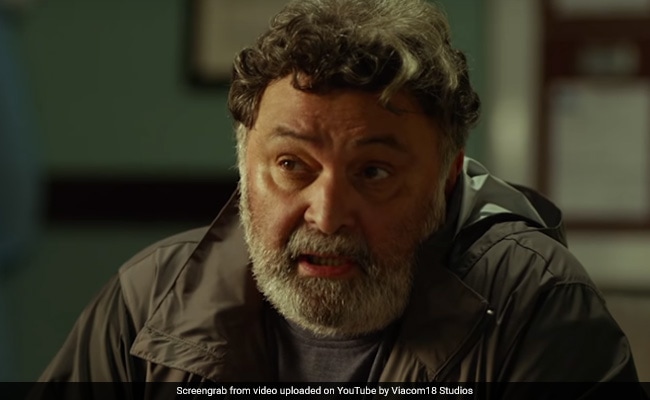 The Body Trailer: Rishi Kapoor in a still (courtesy YouTube)

Rishi Kapoor dropped the trailer of his new film The Body and it looks like a somewhat predictable but still a hair-raising thriller. The trailer begins with Rishi Kapoor's character being introduced as a cop, who arrives at a forensic laboratory to investigate the case of a missing corpse. The trailer reveals that Emraan Hashmi and his lover played by actress Vedhika planned Shobhita Dhulipala's (Emraan Hashmi's wife) murder and after the murder, her corpse goes missing from the forensic lab. Both Rishi Kapoor and Emraan Hashmi grapple for clues with the suspicion that Shobhita may be faking her own death.

Shobhita Dhulipala makes frequent appearances through the trailer and at one point it appears that she was aware of Emraan Hashmi's plan of diluting poison in her drink, which she emptied in her bathtub. But Emraan can be heard assuring Vedhika that he executed the murder just as planned. Shobhita's character Maya Verma has been shown a powerful and successful businesswoman while Emraan is the director of the lab founded by her and also a visiting professor. The trailer also reveals trouble in paradise in Emraan and Shobhita's marriage.

Rishi Kapoor shared the trailer with words that will send a chill down your spine: "Death is not always the end. The Body Official Trailer out now! In cinemas this December, Friday the 13th."

The Body is Rishi Kapoor's first film announcement since he returned to India after almost a year of cancer treatment in New York. Shobhita Dhulipala and Emraan Hashmi were both last seen together in Netflix series Bard Of Blood.

South filmmaker Jeethu Joseph is making his directorial debut in Bollywood with The Body. The film releases on December 13 this year.