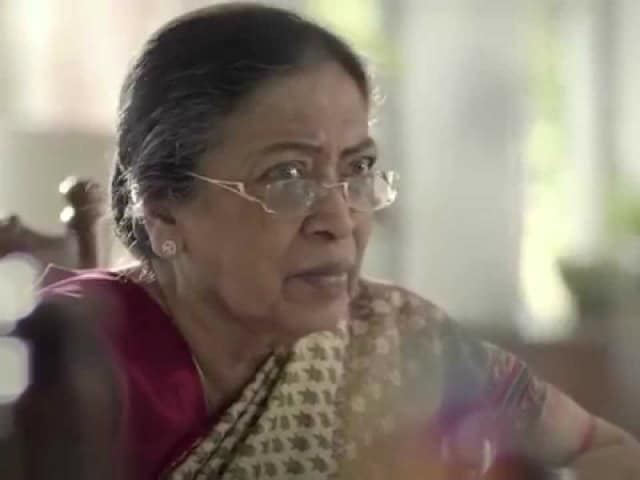 Sulabha Deshpande died at the age of 79.

Here's what celebs tweeted to express their grief:

RIP. Sulbha Deshpande. Worked with both her and her late husband Arvind Deshpande in the film "Duniya" pic.twitter.com/bQJzivUQTl

Sad to know about the demise of Sulabha Deshpandeji. What a lovely, warm person and wonderful actress! Also RIP boxing legend Muhammad Ali.

#SulbhaDeshpande had that rare ability to express volumes with just a meaningful look...a great & deep loss for theatre & films! #RIP

RIP Sulbha Deshpande Ji - you will be missed .. Thank u for everything ... Condolences to the family. https://t.co/ULBm631UgL

Sad to hear about Sulabha Deshpande. Will always be remembered for her immense Contribution to Marathi theatre & Hindi Cinema. #RIP

The last rites of Ms Deshpande, who died at her home in Mumbai, takes place on Sunday.

The actress, who was 79, is admired for several films including Bhumika, Arvind Desai Ki Ajeeb Dastaan and English Vinglish as well as many TV serials and plays.

Ms Deshpande acted in scores of movies, mainly in the roles of a mother or a grandmother, in both Hindi and Marathi films. She also featured in key roles in several TV serials and Marathi theatre.