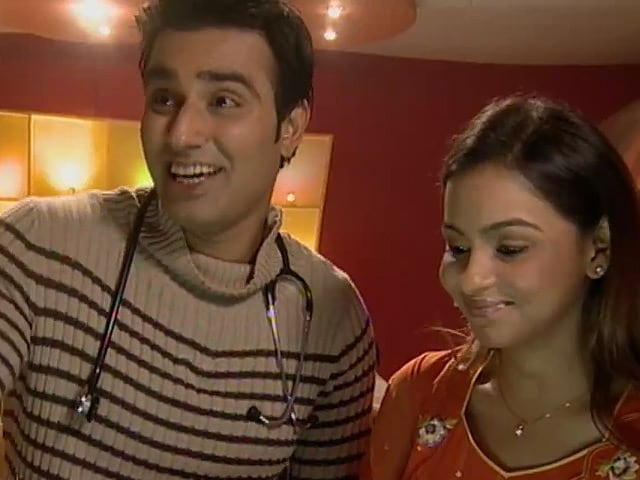 Sanjit Bedi and Gurdeep Kohli in a still from Sanjivani.

New Delhi: The news of TV actor Sanjit Bedi's death not only came as a shock for many, but also brought in a wave of gloom and despair for his friends and co-stars like Karanvir Bohra and Gurdeep Kohli, who remembered him for his exuberance and liveliness.

Mr Bedi etched a permanent place in the hearts of audiences with his role as Dr Omi of TV show Sanjivani. He died on June 23 due to a viral condition of the brain. (Also Read - Blog: In Memory of Sanjit Bedi and His Pyaar ki Jhappi)

Karanvir, who co-starred with Mr Bedi in serial Kasautii Zindagii Kay, used words like "energetic" and "vibrant" to describe his friend.

"The man was full of life and energetic. One would forget about their own problem in his company," Karanvir told IANS.

Gurdeep Kohli, who acted with him in Sanjivani as one of the main leads, was sadden by the news of his death. She said she will have to live with a regret of not meeting him for one last time. (Also Read: Actor Sanjit Bedi, Dr Omi From TV Show Sanjivani, Dies)

She also noted that the death news gives her a reality check.

"It's a shocking news. I came to know about his illness a month back, but could not go to meet him as I'm in my last trimester of pregnancy. He was the most lively person on the sets. He was a great human being and great actor. Someone just passing away like that gives you a reality check," Gurdeep told IANS.

Mr Bedi appeared in a slew of shows like Jaane Kya Baat Hui, Thodi Si Zameen Thoda Sa Aasman and Kyaa Hoga Nimmo Kaa among others. However, the actor was missing from the scene for quite some time. Mr Bedi, in his late 30s, is survived by his wife.

Gurdeep also noted that he "quit acting and when you are not in the industry then you lose the contacts".

Karanvir added that "Sanjit went abroad for some work and after he came back he started practising yoga."

Micro-blogging site Twitter was also a buzz with condolence messages pouring in from every quarters.

Rip sanjit bedi ...u surely will b missed mad man

Just heard the tragic news of Sanjit Bedi passing away. Met him a few times, was always full of beans. May he rest in peace.

Sad to know about the sudden demise of #SanjitBedi a brilliant actor:I stand by the grief of hs near & dear ones. pic.twitter.com/OUxGrdpaIT