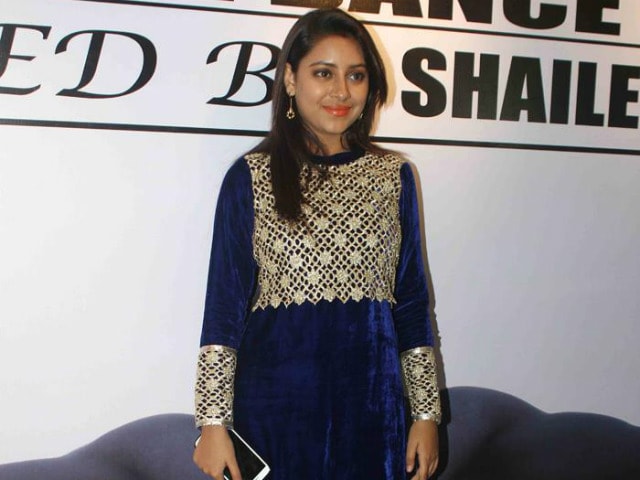 A file photo of Pratyusha Banerjee.

What a shame! Such a lovely person should suicide! Who knows the turmoil within her. RIP. pic.twitter.com/tIDk1QetF1

Deeply saddened by the news about #PratyushaBanerjee. May God give her family the strength to deal with this loss.

Extremely saddened to hear abt #PratyushaBanerjee. Such a young life! RIP@NeerjaBirla ur movement for depression detection is so imp.

#pratushabanerjee The only serial I've watched was Balika. For her! Very sad. Only 24. It's too tough here for girls without family support.

Sad sad news of the loss of young #PratyushaBanerjee May God grant her soul serenity.

Extremely saddened to hear about Pratyusha !!! May her soul rest in peace. God give her family strength in this difficult time..

Still in shock n disbelief over Pratyusha's passing :-( heart goes out to her parents..

So sad to hear of #PratyushaBanerjee death! But media plz let her family mourn privately.. They have just lost a daughter!

This is just so sad...and a wake up calm to families and friends who don't consider depression a medical condition...RIP #PratyushaBanerjee

Shocked 2 hear tat a talent lke #Pratyushabanerjee is no more..suicide is not d end of a prblm..shw d guts 2 live as u shw in killing urself

Deeply saddened to know abt #PratyushaBanerjee ..cant even fathom wht her parents must b going thru. .God give them strength. .RIP Pratyusha

I am absolutely shocked with this news! RIP #PratyushaBanerjee I can't get over that I won't see ever again! U will be missed!

So shocked to hear about #pratyushabanerjee suicide..Makes me think of Nafisa & Jiah. All beautiful, talented girls. This is Heartbreaking

RIP #PratyushaBanerjee pray for her parents,cant imagine what the mother must b going thru!make no mistake guys suicide is never the answer

Singer Mika Singh wrote on Twitter: "Extremely sadden by the news about Pratyusha ..May God bless her soul rest in peace.."

According to sources, Pratyusha died in Mumbai's Kokilaben Ambani Hospital on Friday after being taken there by her boyfriend Rahul Raj Singh. (Also Read: Pratyusha Banerjee, Television's Beloved Anandi)

Pratyusha was best known for her role as Anandi in popular TV show Balika Vadhu in which she starred from 2010 to 2013. Pratyusha also featured in shows like Sasural Simar Ka, Gulmohar Grand and Kumkum Bhagya. Pratyusha had participated in reality shows like Bigg Boss and Jhalak Dikhhla Jaa.