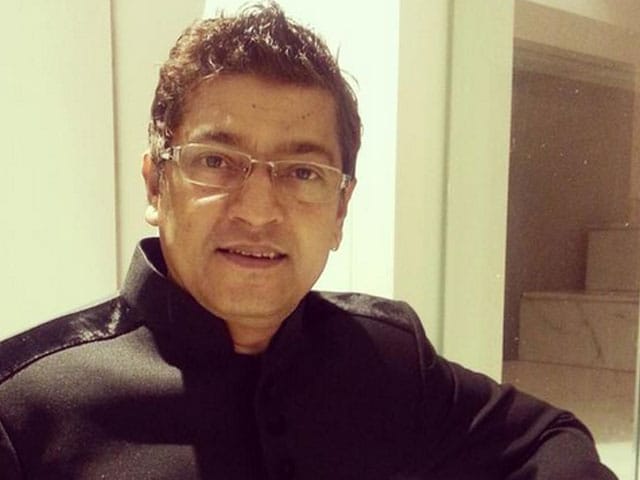 This image was posted on Twitter by Aadesh Shrivastava .

Mumbai: Bollywood celebrities including Lata Mangeshkar, Rishi Kapoor and Anupam Kher mourned the demise of musician Aadesh Shrivastava on September 5, referring to it as a great loss to the music industry.

Mr Shrivastava, who battled cancer five years ago, was diagnosed with the same disease again. He was said to be in a critical condition when he was admitted to the hospital. He died in the wee hours of September 5 at the Kokilaben Dhirubhai Ambani hospital in Mumbai.

Over the course of his career, Mr Shrivastava had composed music for over 100 Hindi films, including Chalte Chalte, Baabul, Baghban, Kabhi Khushi Kabhie Gham and Rajneeti. (Also Read: RIP Aadesh Shrivastava: 10 Songs to Remember Him by )

Bollywood celebrities expressed their grief on Twitter. Here's what they tweeted:

I am so saddened to know about d demise of Music Director Adesh Shrivastav. He was a wonderful person. Always smiling & always helpful. RIP

RIP #AadeshShrivastava Too young.. my condolences with the family..

The world has lost a very talented musician and beautiful soul. Adesh Shrivastav RIP. Our condolences go out to his family. He will b missed

Saddened to hear of Aadesh's untimely demise.. Deepest condolences to his family.

Another life lost to a disease that eats u from within...RIP Aadesh Shrivastava.

I remember how he sent me his picture from hospital when he had his relapse this time.. Underneath was written, "Mere Chhota bhaai,love you"

He was so full of life, i have yet to see another man who has his traits. My heart wrenches in grief for having lost a friend, a brother.

RIP Aadesh Shrivastava .. A bundle of talent and a humble man.. May his soul rest in peace..Sincere condolences to his family..

Unfortunate that I am only reaching mumbai tonight, will not be able to attend last rituals of #aadeshshrivastava will be with family later.

Deeply saddened to know about the untimely demise of @iamaadesh Was one of our industry's most talented music composers. RIP.

Farewell my friend. Your soul took those dreams. Those beautiful melodies. Finished n unfinished. Your love for everyone. Farewell Adesh

Saddened to hear of the untimely demise of Aadesh Shrivastava. Condolences to his family, and may they find the strength to bear this loss.