On Tuesday, actor-singer Shehnaaz Gill shared a series of pictures, where she was seen wearing a backless red dress. 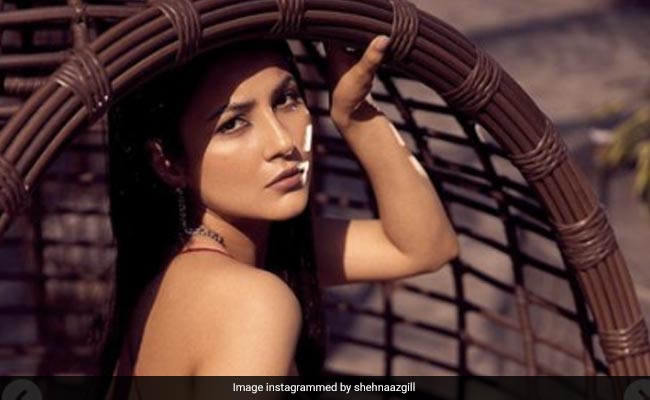 Actor-singer Shehnaaz Gill shared a series of pictures on her official Instagram account, where she is seen wearing a backless red dress. The actor captioned the post with a rose emoji. Her new look gained her fans' attention, who flooded her comment section with compliments. Many in their comments called her 'Queen of million hearts', while others called her, 'Natural beauty', 'Barbie Doll' and more. The actor time and again makes headlines for her amazing transformation post her participation in Bigg Boss season 13, which gained her fame and many fans online.

Have a look at her latest photoshoot:

Shehnaaz Gill will be soon making her Bollywood debut with Salman Khan's film Kabhi Eid Kabhi Diwali. The film also stars Pooja Hegde in the main lead. Earlier, the film also included Aayush Sharma in its cast, however he left the film after allegedly having a creative difference with filmmaker Farhad Samji.

Just recently, there were rumours that actor Shehnaaz Gill had dropped out of Salman's film. However, the actress quashed all the rumours by posting an Instagram story, where she wrote, "LOL! These rumors are my daily dose of entertainment since last few weeks. I can't wait for people to watch the movie and of course me too in the movie."