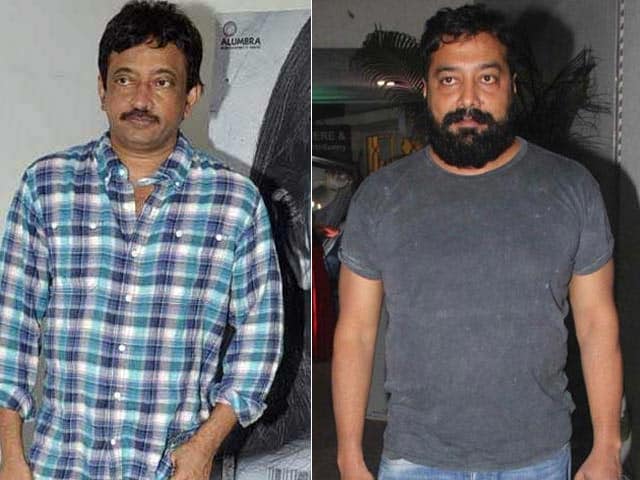 New Delhi: Several minatory Twitter exchanges later, filmmakers Ram Gopal Varma and Anurag Kashyap are heading to the ultimate scene of cinematic battle - the box office. Their new films - RGV's Veerappan and Anurag's Raman Raghav 2.0 - will both release on May 27, something that has provided fodder not just for RGV, who is Anurag's former mentor, but also chief Twitter troll Kamaal R Khan.

On Tuesday, RGV scrambled to exclude KRK from his private war.

@kamaalrkhan I said between Veerappan and Ramanraghav May the best villain win ..u are taking out different meanings

@kamaalrkhan No we are not ready to punch each other..I love him..he hates me ..I was always his dost..he made me his dushman

The conversation resulted from a tweet from KRK that seized on this typically provocative one from Ram Gopal Varma two days ago:

"Purane dost, naye dushman" is how KRK described the RGV-Anurag equation - but this dushmani isn't particularly recent. Anurag Kashyap wrote several of RGV's most acclaimed films - Satya, Shool, Kaun - before the partnership decayed into enmity. On Koffee With Karan, asked to complete the sentence "Ram Gopal Varma is...," the Dev D director said, "Ram Gopal Varma was, not is." RGV returned fire with a rant against Anurag's widely panned Bombay Velvet last year. Anurag Kashyap tweeted back saying, "put that Vodka aside and sleep."

Both the films of May 27 deal with the lives of two of India's most notorious criminals. RGV's film is a biopic of sandalwood smuggler Veerappan; in Anurag's movie, Nawazuddin Siddiqui plays the eponymous serial killer of 1960s Mumbai. (Also Read: Ram Gopal Varma's Veerappan Film Taken to Court Over 'False Information')