"I am happy to be back on the small screen with a fresh concept," Sunil Grover said 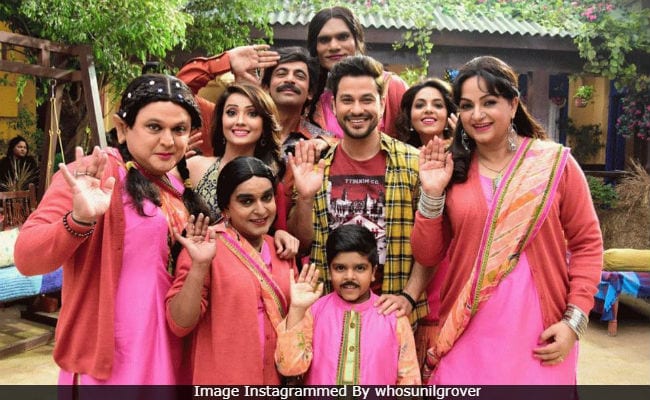 Actor-comedian Sunil Grover is back to the small screen with a comedy show titled Kanpur Wale Khuranas, which will air on Star Plus. He revealed the cast of the show on Instagram today. The show will star actors like Kunal Kemmu, Ali Asgar, Upasna Singh, Adah Khan, Sugandha Mishra and others. Kunal Kemmu, best-known for his role in Golmaal films, is making his TV debut with Kanpur Wale Khuranas. While Ali Asgar, Upasna Singh and Sugandha Mishra, who were Sunil Grover's co-stars of The Kapil Sharma Show, have collaborated again with him. "Namaste from Kanpur wale Khuranas. They all are hoping to bring a smile on your face. Soon on Star Plus," Sunil Grover wrote.

Namaste from 'Kanpur wale Khuranas'. They all are hoping to bring a smile on your face. Soon on Star plus.

Of the show, Sunil Grover told news agency PTI in a statement, "I am happy to be back on the small screen with a fresh concept. This character is unlike any I've played before and I am very excited to embark on this journey of entertaining my viewers."

"The show is sure to charm everyone alike with a theme that resonates with the viewers and keep them hooked onto their television screens at night," he added.