The actress shared a selfie on Instagram, showing off her voluminous tresses 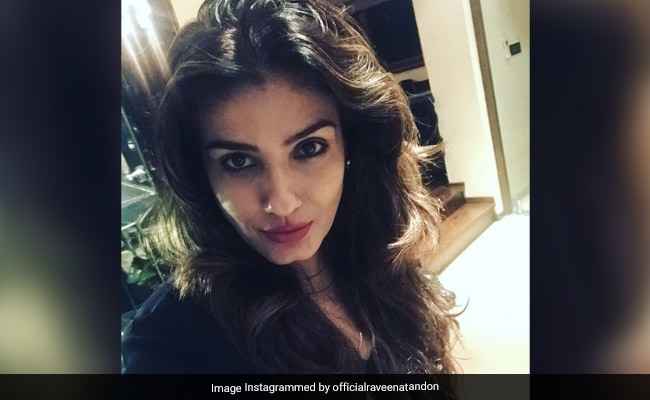 Good hair days are precious, even for actress Raveena Tandon. In a recent Instagram post, she shared a selfie showing off her shiny voluminous hair. The 46-year-old looked stunning in her glamorous avatar. However, it's the caption that had us all nodding in agreement. It read, “Good hair days be like this some days, they just behave. On shoots, they just don't.” Raveena's enviable tresses, kohl-rimmed eyes and red pout impressed her Insta fam. “Looking so adorable Ma'am,” a fan wrote. “So beautiful,” read another compliment. The star's admirers also dropped heart and fire emojis in the comments section.

The Mohra actress' previous social media posts are also a testament to her beauty and talent. A couple of days ago, Raveena had posted a selfie where she was seen in a traditional look. She wore a green kurta and paired it with oxidised jhumkas. She completed the look with a black bindi. Along with the photo, she wrote, “Positive vibes to you my beautiful planet. Heal the world.” Also, don't miss the vintage photo of Raveena from her younger days in the backdrop. We can also spot a framed magazine cover featuring her, on the same wall.

Another of her new posts was all about her red lipstick. The mother of two shared a few photos where she is wearing her favourite lip tint. “Hello there. Missing all my red. With the last entire year being covered in masks, and continuing to do so, missing a bit of the red lipstick action," she wrote.

Raveena, who is currently enjoying sharing throwback photos, revealed a rarely-seen picture from late actor Rishi Kapoor's wedding with Neetu Kapoor. “Chintu uncle kept asking me for this pic to put in his autobiography. And somehow, I had lost the original. Found it. So that's me standing with Chintu uncle at his wedding,” Raveena said in the caption.

Apart from Mohra, Raveena is known for her roles in movies such as Dilwale, Andaz Apna Apna, Akhiyon Se Goli Maare, and Maatr among others.