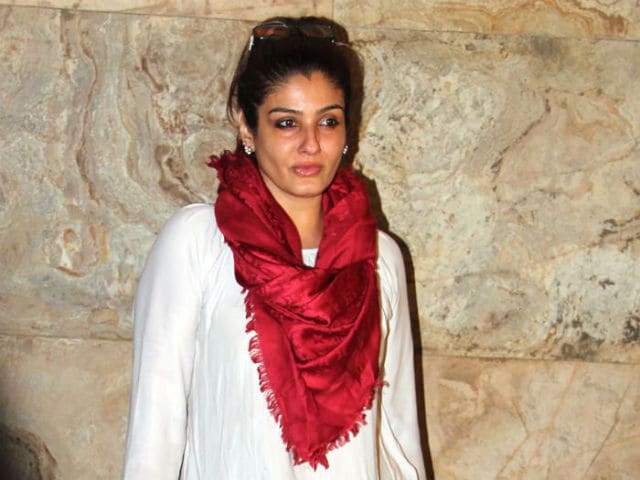 Mumbai: Actress Raveena Tandon, who will next be seen as a judge on a dance based reality show Shine of India, will reportedly get Rs 1.25 crore per episode, which will make her the highest paid Bollywood actress on TV.

Raveena, who has previously appeared on shows like Sahib Biwi Gulam, Chhote Miyan, Comedy Ka Maha Muqabala and Simply Baatein With Raveena, will co-judge the show along with actor Govinda and choreographer Saroj Khan.

According to a source close to the actress, Raveena will get a huge amount from the makers.

"Bollywood actors starring in TV series has now become an old saga. No doubt, that these actors are paid a hefty amount as their presence not only doubles the entertainment quotient, but it also adds the much needed star value to the show. And maybe that's the reason why Raveena has been paid a whopping amount of Rs 1.25 crore per episode for the reality show," the source said.

"This will make her the highest paid Bollywood actress on television," the source added.(Also Read: Raveena Tandon Rants Against Media in Old Video Twitter Has Found)

Interestingly, actress Shilpa Shetty and Madhuri Dixit, who previously appeared as judges on other reality shows, were reported to have been paid Rs 1 crore per episode.