Raveena Tandon Claims She Was 'Thrown Out Of Films, Called A Liar' 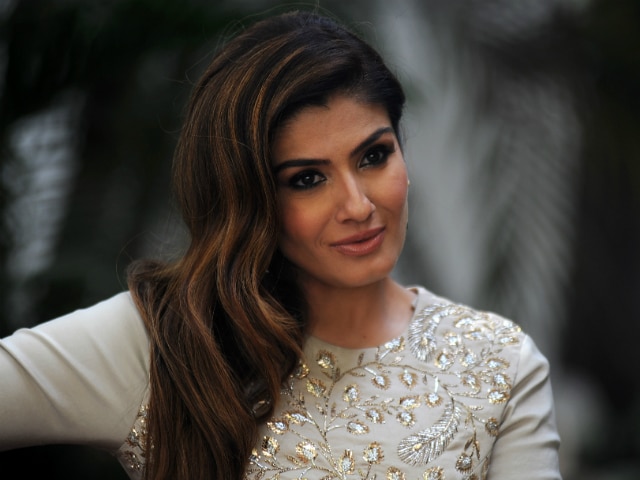 New Delhi: Actress Raveena Tandon, who is all set to make a comeback in Bollywood with upcoming movie Maatr, said that it is difficult to be honest in the film industry as it becomes 'hard to survive'. The Khiladiyon Ka Khiladiactress was quoted by news agency IANS as saying: "Yes, I think at times it is challenging and hard to survive in the entertainment industry if you are honest. I faced a lot of trouble for that, where I have been thrown out of films. I have been called a liar and I have been treated badly. However, I stuck to being honest and treated people with respect, something that I have learnt from my upbringing. All I knew is that time will unveil the reality. Today, I live with a clear heart and sleep in the night with a clear conscience. So I have no regrets."

Last year, Raveena wrote a column on the feud between Kangana Ranaut and Hrithik Roshan, which many believed was in favour of Kangana. However, the 42-year-old actress later clarified in a series of tweets that she didn't take anyone's side and was trying to show her support over a person's constitutional right to fight back.

The National Award-winning actress earlier told IANS that the intention behind her upcoming film is not just the commercial success but also to create awareness among audience. "This is the need of the hour, where people should start changing their mindset about women and take action against such criminals instead of shaming the victims based on the length of their clothes," the actress was quoted by IANS.

Raveena Tandon had a cameo in Anurag Kashyap's Bombay Velvet in 2015 starring Ranbir Kapoor, Anushka Sharma and Karan Johar. She is returning to big screen after a gap of two years. Maatrhighlights the failure of the judiciary to deliver justice in crimes against women. Maatris scheduled to hit the theatres on April 21.

Promoted
Listen to the latest songs, only on JioSaavn.com
Raveena will later be seen in Shab, directed by Onir.