Akshaye Khanna, who is making his digital debut with Legacy, said in a statement that a web-series would be a "refreshing" change from movies 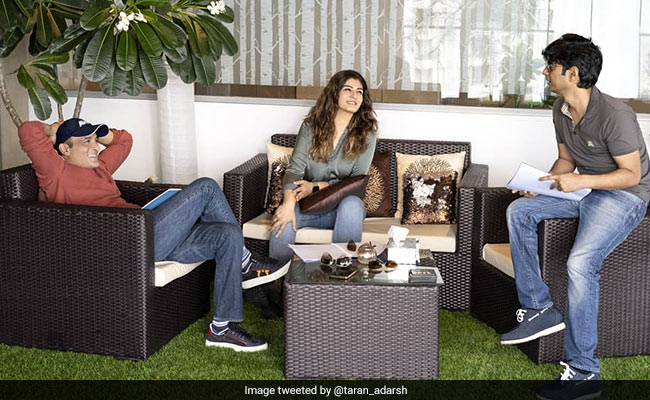 Raveena Tandon and Akshaye Khanna are all set to co-star in an upcoming web-series titled Legacy. To be directed by Vijay Gutte, Legacy will be the first time Raveena Tandon and Akshaye Khanna will share screen space - they featured in 2003 war drama LOC: Kargil but did not have scenes together. Raveena Tandon shared the big news on Instagram on Gudi Padwa and wrote: "Wishing you all a very Happy Gudi Padwa, Cheti Chand, Chaitra Navrati and Ramdaan! Immensely happy to announce my next web series Legacy. Will be sharing the screen with Akshaye Khanna for the first time. Directed by Vijay Gutte. Produced by After Studios, AA Films and Sunny Bakshi."

Akshaye Khanna, who is making his digital debut with Legacy, said in a statement that a web-series would be a "refreshing" change from movies: "It is refreshing to work on content that challenges our boundaries as an industry as a whole. Given the massive scale of the show, we are cognizant of the immense responsibility to deliver our best to create a content piece the audience looks forward to. I'm glad 'Legacy' is going to be my first web series," PTI quoted the actor as saying.

Meanwhile, an "excited" Raveena Tandon said: "It is a fine work of content articulated interestingly to resonate with a global audience. I am excited to be associated with the show and looking forward to begin this journey," she said.

Legacy marks director Vijay Gutte's second collaboration with Akshaye Khanna after 2019 political drama The Accidental Prime Minister. "I am thrilled to be reuniting with Akshaye for this and exhilarated to have Raveena Tandon on board with us. This talent powerhouse is set for an epic rivalry," he told PTI.