Raped At 16, Padma Lakshmi Adds Her Harrowing Story To #WhyIDidntReport 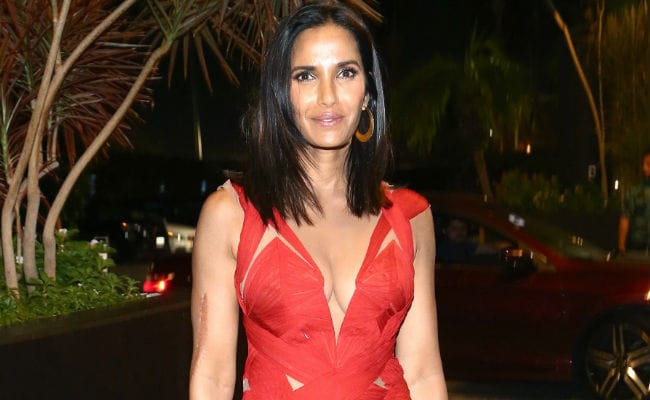 An author and the host of Top Chef, Padma Lakshmi was one of those who came forward with a harrowing tale of her own sexual abuse. Writing in the New York Times on Tuesday, Lakshmi expanded on the conversation about her own past that she began after Trump's tweet.

"I have been turning that incident over in my head throughout the past week, as two women have come forward to detail accusations against the Supreme Court nominee Brett Kavanaugh," she wrote. "On Friday, President Trump tweeted that if what Dr. Blasey said was true, she would have filed a police report years ago. But I understand why both women would keep this information to themselves for so many years, without involving the police."

Lakshmi said she was raped on New Year's eve at the age of 16 when she was still a virgin, by the 23-year-old man she was dating. After a night at a couple of parties, she had fallen asleep at the apartment of the man, who she did not name.

The next thing I remember is waking up to a very sharp stabbing pain like a knife blade between my legs. He was on top of me. I asked, "What are you doing?" He said, "It will only hurt for a while." "Please don't do this," I screamed.

The pain was excruciating, and as he continued, my tears felt like fear.

Afterward, he said, "I thought it would hurt less if you were asleep." Then he drove me home.

She said that she did not report the incident to the police, or tell her mother, writing that she had not fully understood the experience despite the trauma inflicted on her.

"We had no language in the 1980s for date rape. I imagined that adults would say: 'What the hell were you doing in his apartment? Why were you dating someone so much older?'" she wrote. "I don't think I classified it as rape - or even sex - in my head. I'd always thought that when I lost my virginity, it would be a big deal - or at least a conscious decision. The loss of control was disorienting."

She also described another incident of sexual abuse, when she was 7 years old and a relative of her stepfather touched her between her legs and put her hand on his penis, she said. Her mother and stepfather had sent her to India to live with her grandparents after she told them, giving another reason why she was perhaps reluctant to speak out in the future.

"The lesson was: If you speak up, you will be cast out," she said. "These experiences have affected me and my ability to trust."

Still, she says the decision to try to suppress these incidents was not the right one for her mental health.

"I think if I had at the time named what happened to me as rape - and told others - I might have suffered less," she wrote. "Looking back, I now think I let my rapist off the hook and I let my 16-year-old self down."

Lakshmi said that she's been telling her 8-year-old daughter to yell if anyone ever does something to make her physically uncomfortable and tell someone about it later.

"I have nothing to gain by talking about this," she wrote. "But we all have a lot to lose if we put a time limit on telling the truth about sexual assault and if we hold on to the codes of silence that for generations have allowed men to hurt women with impunity."