Ranvir Shorey: 'I Feel I Have Been Deliberately Sidelined By Mainstream Filmmakers'

"I want to do more work," said Ranvir Shorey 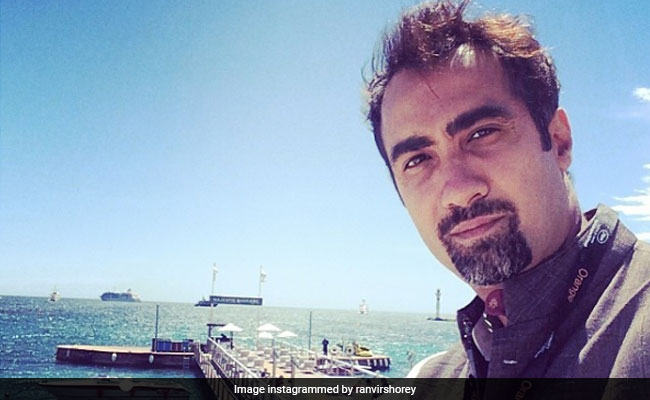 Ranvir Shorey will be next seen in Gali Guliyen (Courtesy ranvirshorey)

Ranvir Shorey revealed that he is being "deliberately sidelined" by mainstream filmmakers, the actor told news agency PTI. The 46-year-old actor, who was last seen in 2017's critically acclaimed film A Death In The Gunj told PTI: "I feel I've been deliberately sidelined by the mainstream filmmakers, but I don't let that bother me. If I start thinking about that, I'll lose focus on what I need to do and have to do. I want to do more work. I have time but no work." Ranvir Shorey, who was part of Salman Khan's Ek Tha Tiger, did not make an appearance in the sequel. "I did Ek Tha Tiger, but I wasn't in Tiger Zinda Hai. I know and I feel that I'm ignored," Ranvir added.

Ranvir Shorey, who has been part of films like Titli, Singh Is Kinng, Aaja Nachle, said that the "saddest" part for a performer is when they don't get work. "When you don't have work for a year or two, you lower your standards a bit for survival. You go through this conflict, you know this isn't something you ideally would've done but to feed yourself and your family, you bend your ethics. The saddest thing that can happen to a performer is that they don't get work at all and have to do something else to feed themselves. I am sure there are many talented people who don't get deserving work or no work at all," he said.

Ranvir Shorey has Halkaa, Gali Guliyen and Sonchiraiya in the line-up. Speaking about these films, Ranvir added: "These are such good films. When they came my way, I jumped at them. It's quite difficult to get such good scripts and I am glad I am a part of these films."