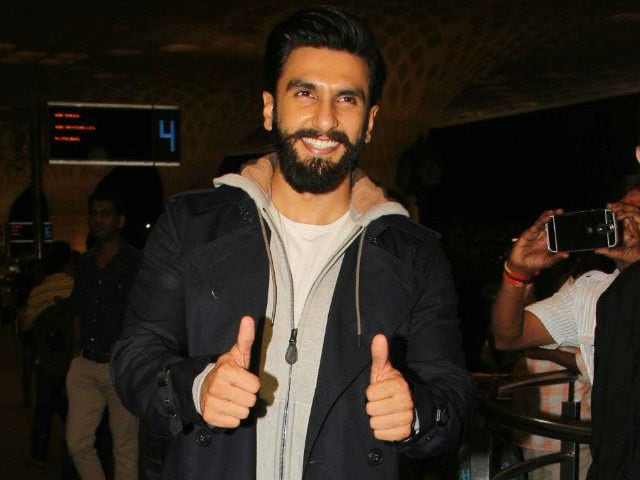 New Delhi: Okay Ranveer Singh, you have our attention (as always).

Ranveer, 31, who stars in Sanjay Leela Bhansali's Padmavati, shared a sneak peek of his look in the film as Alaudin Khilji along with the film's release date - XVII. XI. XVII.

A kohl-eyed Ranveer has a menacing stare and some battle scars on his forehead. Excited?

Padmavati stars Deepika Padukone in the titular role while Shahid Kapoor plays her husband Ratan Singh. However, Deepika and Shahid have not updated with a glimpse of their first looks or anything regarding the period piece.

Ranveer, who is awaiting the release of his film Befikre in December, did share a sneak peek this time, but Mr Bhansali, who famous for keeping his sets private, is tightening security for Padmavati like never before. He is keenly guarding the looks of the principle cast and has reportedly taken some drastic measures to ensure the ever intrusive Internet is kept at arm's length.

Promoted
Listen to the latest songs, only on JioSaavn.com
Mr Bhansali is directing Ranveer and Deepika for the third time in the film after Ram Leela and Bajirao Mastani. This is Shahid's first time with the trio.

"Thanks For Getting Us Out Of Trouble": Sonam Kapoor's Birthday Post For Brother-In-Law Karan Boolani