Ranveer Singh's Wedding Plans Are As Befikre As The Actor 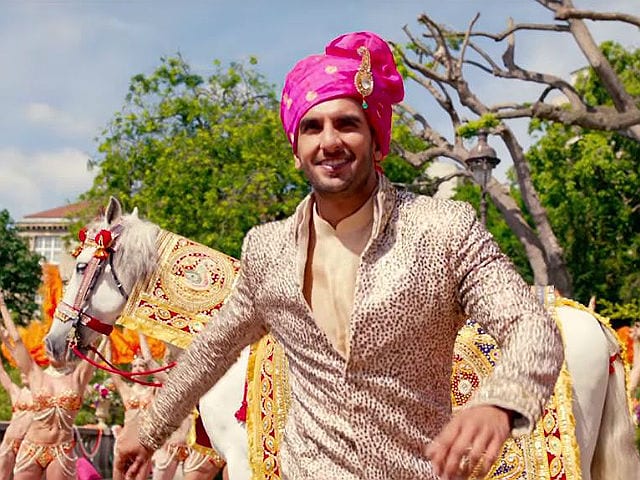 New Delhi: Wedding parties may have taken a hit due to the recent ban on Rs 500 and Rs 100 currency notes which Prime Minister Narendra Modi announced earlier this month but for team Befikre it was a non-stop party as they launched a new song - a wedding song titled Khulke Dhulke - from the film. After all, what's a Yash Raj film without some Punjabi swag? Meanwhile, Ranveer seemed to be quite in the mood for some Band Baaja Baaraat giving us an insight into his own wedding plans. "My wedding will be a non-stop party and an island would be the perfect destination," said the 31-year-old actor.

Though mentor Aditya Chopra regards Paris as the perfect romantic destination, Ranveer would rather be at home. "I would love to romance in Mumbai. Home is where the heart is," he said. Now we can only wonder who this heart is, no guesses folks. Though rumor mills are abuzz that it's not been a piece of cake for Ranveer and Deepika Padukone, we just hope it's a passing phase.

Promoted
Listen to the latest songs, only on JioSaavn.com
Ranveer admitted playing Dharam (in Befikre) was difficult since the character is a lot like him. "It was difficult because I had to put a lot of myself in. You will see a lot of me," he said. Team Befikre now heads to the Dubai International Film Festival for its world premiere on December 8.


After Befikre, Ranveer Singh will be seen in Sanjay Leela Bhansali's Padmavati co-starring Deepika Padukone and Shahid Kapoor. He plays Alaudin Khilji while Deepika is Mr Bhansali's Rani Padmavati and Shahid is her husband Ratan Singh. The period piece is Ranveer, Deepika and Mr Bhansali's third collaboration after Ram Leela and Bajirao Mastani. The film will release in November next year.