"By now the world knows about how hardworking, honest, emotional Ranveer Singh is," said Rohit Shetty 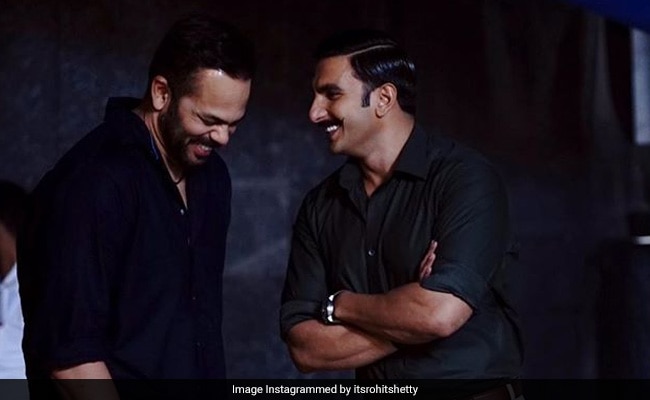 Filmmaker Rohit Shetty, who directed Ranveer Singh for the first time in Simmba, has all good things to say about the 33-year-old actor. "Positivity" and "genuineness" are some of Ranveer's biggest qualities as an actor, Rohit Shetty told news agency PTI and assigned him the title of "the next biggest superstar". "I've spent almost every day with him for the last six months and you come to know if somebody's fake. He is genuinely what he is. What you see is what you get. By now the world knows about how hardworking, honest, emotional he is. He is the next biggest superstar," PTI quoted Mr Shetty as saying. Simmba went on floors in June this year and wrapped in November, just in time for Ranveer Singh and Deepika Padukone's wedding festivities.

Ranveer Singh co-stars with Sara Ali Khan in the cop drama, which marks her second Bollywood film. He plays a feisty cop named Sangram Bhalerao while Sara has been cast as his love interest.

During his interaction, Rohit Shetty also explained the reason behind Ranveer's crazy fan following. "I haven't seen a guy with so much positivity. A boy who is a superstar at this young age. His mentality, his thinking is still middle class. Hence he is media's favourite, the audience loves him, he has a huge fan following," PTI quoted the filmmaker as saying.

Talking about the kind of response he is expecting after Simmba's release, Rohit Shetty said: "People feel my films are theirs. They have this ownership which works for me. But I am happy with the film. How big it'll be, the numbers it'll do, that's secondary. What matters to me is if I was honest. I can't lie to myself."

Adding that he's looking forward to the audience connecting with Simmba and making it a success, Rohit Shetty said: "We have really worked hard on this one and given it our all. I make films every year and few films just fall on point, like Singham, Chennai Express or Golmaal 3 and I know with Simmba too this has happened. The beats are perfect."

Simmba is all set to hit screens on December 28.