Ranveer Singh Is The Motivation Behind This Actor's Mind-Blowing Pics. Celebs Are In Awe 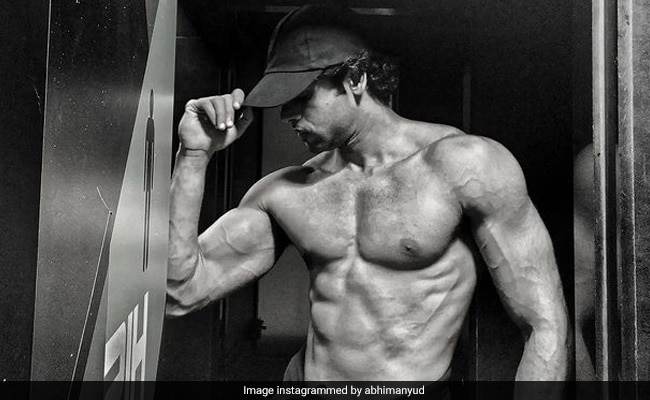 The actor shared this photo on Tuesday. (Image courtesy: abhimanyud)

You remember Ranveer Singh's "Monday motivation" pictures, no? The actor, earlier this week, set Instagram on fire by sharing shirtless pictures of himself. But guess who was highly motivated by Ranveer Singh's posts? It's Bhagyashree's son and actor Abhimanyu Dasani. The Mard Ko Dard Nahi Hota star, on Tuesday, posted mind-blowing black and white shirtless pictures of himself and gave Ranveer Singh all the credit for the motivation. "May I come in? #IllAskNicelyOnlyOnce #doorsofopportunity," he wrote in the caption and added: "Motivation courtesy Ranveer Singh." His post left Ranveer quite impressed. He went on to comment this on Abhimanyu Dasani's post: "KHATAM!" Ranveer added fire and face with steam from nose emojis to his comment.

Other than Ranveer Singh, Abhimanyu Dasani's mom Bhagyashree also dropped a comment. She wrote: "Boy! You are (fire icons)."

The actor will next be seen in Nikamma with Shilpa Shetty and Shirley Setia and in comedy-drama Aankh Micholi, co-starring Mrunal Thakur.

Before starting his career as an actor, Abhimanyu assisted director Rohan Sippy on Dum Maaro Dum and Nautanki Saala.