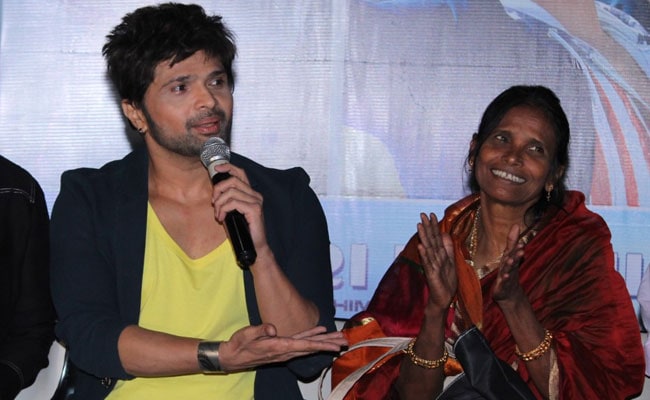 Himesh Reshammiya and Ranu Mondal at an event

After Lata Mangeshkar's recent statement "imitation is not a durable companion for success", Himesh Reshammiya shared his views on the legendary singer's comments on Ranu Mondal. Reiterating that no one can match Lata Mangeshkar's magical touch, Mr Reshammiya clarified: "I feel Ranu ji is born with certain kind of talent and she has been inspired by Lata ji. I don't feel anybody can become a legend like Lata ji. She is the best. Ranu ji has started her own beautiful journey and I feel that people misunderstood Lata ji's statement," reported news agency IANS. Himesh Reshammiya, who embraced Lata Mangeshkar's comments as words of encouragement, added: "I feel she told Ranu ji that it's good to get inspired but you shouldn't copy anyone's voice and I don't feel that Ranu ji has copied anyone's voice."

Elaborating on his point, Himesh Reshammiya added that Lata Mangeshkar's voice is simply a source of inspiration for Ranu Mondal: "I feel we have to see in which connotation Lata ji has made that statement. I feel when you start copying another singer then it doesn't work that well. But I also feel that taking an inspiration from someone else is really important," reported IANS.

Speaking to IANS previously, Lata Mangeshkar revealed it's a comforting thought that she can be of help to Ranu Mondal but the limelight may not be a long-lasting one: "Agar mere naam aur kaam se kissiko bhala hota hai toh main apne-aap ko khush-kismat samajhti hoon (If anyone gets benefited from my name and work then I feel fortunate)."

"But I also feel imitation is not a reliable and durable companion for success. By singing my songs or Kishore da's (Kumar), or (Mohd) Rafi Saab's, or Mukesh bhaiyya or Asha's (Bhosle) numbers, aspiring singers can get short-term attention. But it won't last," Lata Mangeshkar added.

Speaking at the song launch event of Happy Hardy And Heer, Ranu Mondal confessed now that her talent has been recognised by the music world, she hopes to make a career as a singer: "When I used to sing, I didn't realise this day would come but I had faith in my voice. I was initially inspired by Lata Mangeshkar ji's voice and used to sing as a child. Even in the future I'll continue to sing. I never lost hope. Yes, the magnitude of the stage given to me by Himesh ji is something that may be I didn't anticipate," reported PTI.