Randhir Kapoor On Kareena's Pregnancy: "Been Telling Her Taimur Needs A Sibling"

Randhir Kapoor said: "We are all very happy and we pray, it's a healthy, happy child" 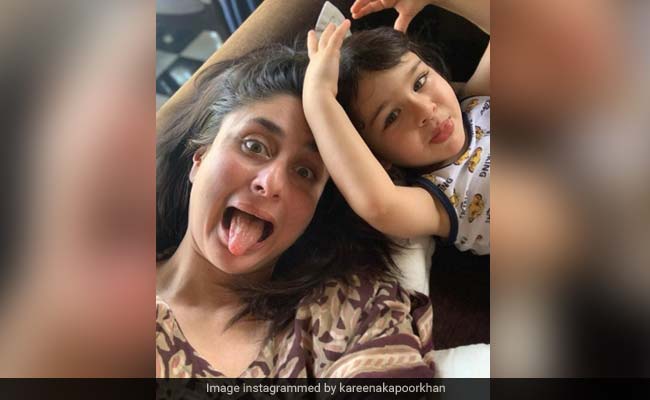 Kareena Kapoor's father Randhir Kapoor is thrilled about his daughter's second pregnancy and he told Mumbai Mirror he's been telling Kareena that her son Taimur needs a sibling to play with. Randhir Kapoor told Mumbai Mirror: "I am absolutely delighted, I have been telling Kareena for so long that Taimur needs a brother or sister to play with. We are all very happy and we pray, it's a healthy, happy child." On Wednesday, Kareena Kapoor and Saif Ali Khan issued a joint statement announcing her second pregnancy and congratulatory messages and best wishes have since flooded the Internet. "We are very pleased to announce that we are expecting an addition to our family. Thank you to all our well-wishers for all their love and support," the statement read.

On social media, Saif's sister Soha Ali Khan shared an ROFL post to congratulate the congratulate the couple. She shared a picture of Saif and captioned it "The Quadfather," a spin on the title of Hollywood classic The Godfather. This will be Saif Ali Khan's fourth child - he has a son Taimur with Kareena Kapoor, and daughter Sara Ali Khan and son Ibrahim with his ex-wife Amrit Singh.

Filmmaker Rhea Kapoor congratulated Kareena on Instagram and wrote: "Congratulations Kareena, my lucky charm, veere for life. Guess which producer is on the other end of Baby Khan no 2?" For the uninitiated, Rhea Kapoor delayed the filming of Veere Di Wedding for Kareena Kapoor, who was pregnant when she was offered the movie.

Kareena Kapoor was last seen in Angrezi Medium and before that in Good Newwz. Her current work-in-progress project is Laal Singh Chaddha co-starring Aamir Khan, for which he's shooting in Turkey.