Ranbir the Risk-Taker or Boring Salman? This Director Chooses His Hero 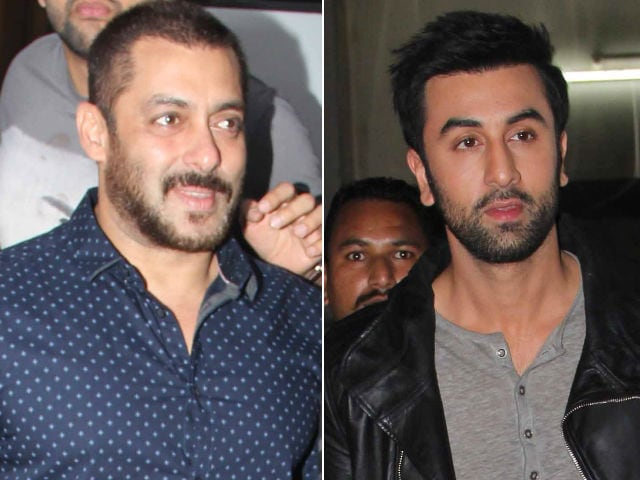 Salman Khan and Ranbir Kapoor photographed outside a studio in Mumbai.

Panaji: Anurag Basu is collaborating with Ranbir Kapoor for his next film Jagga Jasoos and the filmmaker is unfazed by the actor's poor run at the box office as he said that he prefers to work with a risk-taker like him than a "boring" actor like Salman Khan.

Anurag, who has earlier directed Ranbir in Barfi!, said he admires Ranbir's experimental nature the most.

"I am glad there is an actor like Ranbir who is taking the risk. There are not many actors, who would do it. He is not like Salman who is doing same thing film after film. He is boring. How can you do that?," he told PTI on the sidelines of NFDC Film Bazaar. (Also Read: Ranbir Kapoor Skipped Salman's Bigg Boss 9 for 'Personal Reasons')

"At least he (Ranbir Kapoor) is experimenting with his craft, he is pushing the envelope, and he is taking the risks," he added.

The director said Ranbir's risks may not have paid off the way he would want it to, but at least as an actor he got the satisfaction of doing varied roles.

"It is not paying off but at least he is getting the satisfaction of doing those films. He is playing different characters, they are so different form each other. Very few actors do that," he said.

Ranbir's last three films - Roy, Besharam and Bombay Velvet - bombed at the box office but Anurag feels it is not the actor's fault.

"In India people blame actors for the failure of a film. But it is not up to them, it is the director. But still people blamed Ranbir," he said.