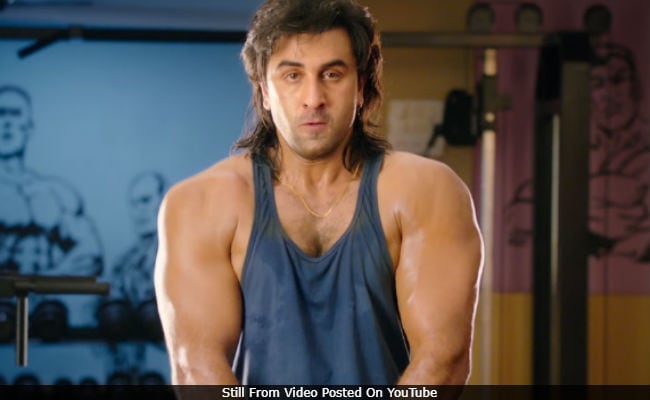 New Delhi: The much-awaited trailer of Ranbir Kapoor's forthcoming film Sanju dropped by on Wednesday afternoon and like all of us, Bollywood is also 'blown away' by it. "Itna variety wala life aapko kidhar milega?" Ranbir as Sanjay Dutt, says in the trailer and he totally nails it. Ranbir portrays Sanjay Dutt brilliantly and each stage of the 58-year-old actor's life has been touched, which makes the trailer gripping. "Blown away" and "mind-blowing is the word" are some of the several reactions Sanju trailer has got from Bollywood celebs like Alia Bhatt, Anil Kapoor, Karan Johar, Shraddha Kapoor and others. In just few hours, Sanju trailer got over 2 million views and it's very much counting.

Before we bring to you Bollywood's reaction, once again, here's Sanju trailer for you.

"Blown away," wrote Alia Bhatt and tagged the team of Sanju in her tweet.

"Mind-blowing is the word! Sanju trailer has left me speechless," wrote Anil Kapoor, and gave a special mention to daughter Sonam Kapoor, who is also part of the film.

Mind-blowing is the word! #SanjuTrailer has left me speechless! https://t.co/jHSawW3L0o
#RanbirKapoor@RajkumarHirani#RajkumarHiraniFilms@VVCFilms@foxstarhindi
Special mention for my daughter @sonamakapoor loved you in the trailer

"OMG, Rajkumar Hirani, you genius. And OMG Ranbir Kapoor you bonafide ROCKSTAR! What a mind-blasting trailer. This is a major "can't wait" feeling," tweeted Karan Johar.

OMG @RajkumarHirani you genius !! And OMGGGG #RanbirKapoor you bonafide ROCKSTAR! What a mindblasting trailer!!!!! This is a major "can't wait" feeling!!!! https://t.co/QS1UgqBVrQ#SanjuTrailer

Shraddha Kapoor described the trailer as, "Just one word. WOW."

Meantime, here are some other reactions for Sanju trailer.

For once I am confused - who is more powerful- the actor #RanbirKapoor , the character @duttsanjay , the mans life story or the direction of @RajkumarHirani ! The #SanjuTrailer is "mind blowing "

Omg @duttsanjay praaji the #SanjuTrailer is epic!! So much I knew and so much more I didn't! Can't wait to see this one! Kudos #RajuHirani#RanbirKapoor and the whole team of #Sanju