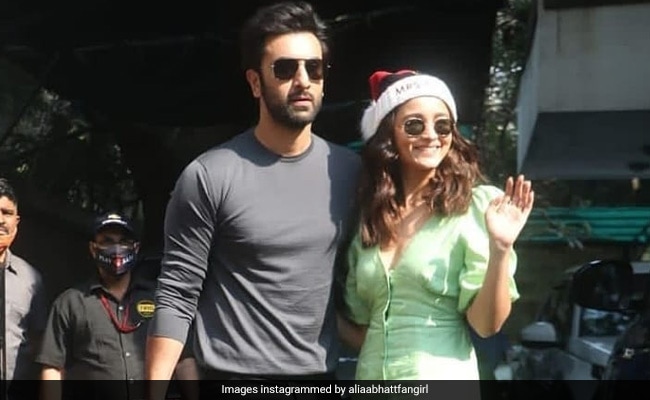 Ranbir Kapooor is not on social media (at least, not officially) and so, actress Alia Bhatt is making up for his absence. On Monday evening, Alia made an announcement on behalf of Ranbir Kapoor - she revealed that the Ae Dil Hai Mushkil has ventured into a charitable cause. Pieces from Ranbir Kapoor's personal wardrobe have been put up for sale to help kids battling cancer. "Tada... Ranbir is sharing his wardrobe with you. Proceeds will provide holistic nutrition to children fighting cancer," Alia Bhatt wrote in her Instagram stories. Ranbir's venture has been recognized by the platform Co-Exist, which was founded by Alia Bhatt and "works towards the issues of animal and ecological welfare."

Alia Bhatt, who is vacationing in the Maldives with her girlfriends, sliced out the time to announce Ranbir's new venture on her Instagram stories. 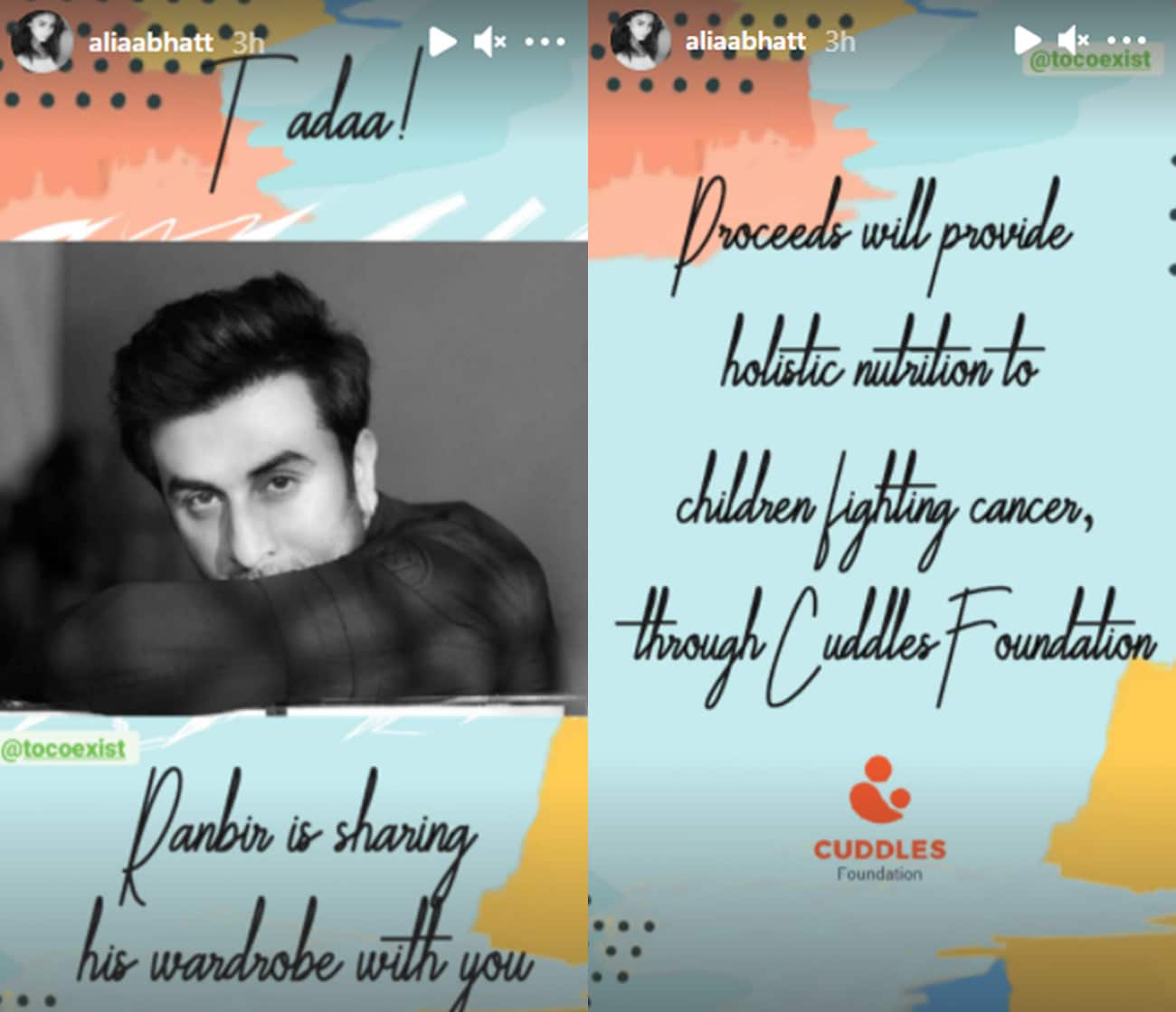 In a recent True Or False session on Instagram, when a fan predicted that she wants to go on a solo vacation, Alia said: "True but not solo." She also revealed that 8 is her favourite number. For the uninitiated, 8 is Ranbir Kapoor's football jersey number and also his number of choice, in general.

Alia Bhatt and Ranbir Kapoor will also be seen together on the big screen in the upcoming film Brahmastra, which is being directed by their friend Ayan Mukerji. Alia's line-up of films also includes SS Rajamouli's RRR and Sanjay Leela Bhansali's Gangubai Kathiawadi. In RRR, Alia features alongside an ensemble cast comprising Jr NTR and Ram Charan. Ranbir Kapoor will also be seen in Shamshera.