"Suresh Productions and I are proud to be associated with Dar films in telling the story of a legend through a legendary actor," wrote Rana Daggubati 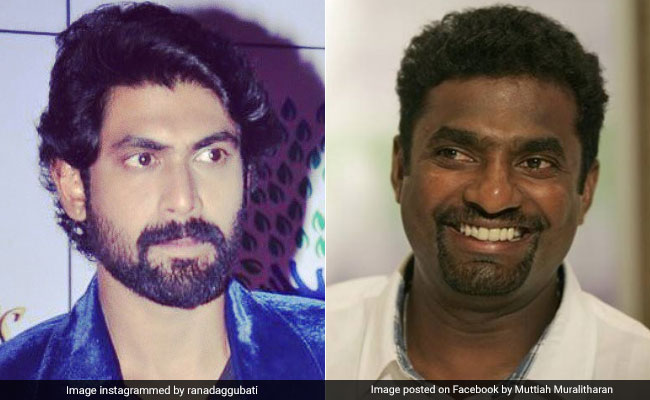 Telugu actor Rana Daggubati confirmed that he will co-produce a biopic on Sri Lankan spin legend Muttiah Muralitharan. The Baahubali actor will produce the biopic under his banner Suresh Productions in association with Dar Films. The yet untitled project will feature Tamil actor Vijay Sethupathi as the former Sri Lankan cricketer. Announcing the news on social media, Rana Daggubati tweeted: "Suresh Productions and I are proud to be associated with Dar films in telling the story of a legend through a legendary actor. Vijay Sethupathi as Muttiah Muralidharan soon!"

Muttiah Muralitharan is a Sri Lankan cricket coach and a former player, who holds the records for most wickets in One Day Internationals as well as Test matches. He announced his retirement in the year 2010 and started his career as bowling coach since 2014.

Suresh Productions and I are proud to be associated with Dar films in telling the story of a legend thru a legendary actor. #VijaySethupathi as #MuttiahMuralidharan soon!! @SureshProdns#DAR

Talking about his association with the biopic, Vijay Sethupathi said in a statement: "I am happy to be associated with the Muthiah Muralitharan biopic; he is an iconic sportsman of Tamil origin and someone who's made his mark across the world. Portraying the role of Murali is going to be a challenge for me and I'm looking forward to it. I'm delighted that Murali himself will be closely involved with the project & guiding me on the cricketing aspects. I am thankful to both Murali and the producers for the faith bestowed on me," as reported by news agency IANS.

Vijay Sethupathi has featured in several hits such as Vikram Vedha, Dharam Durai and Soodhu Kavvum among others. He will next be seen in Sye Raa Narasimha Reddy, which is expected to release later this year.

The biopic on Muthiah Muralitharan, directed by MS Sripathy, is expected to go on floors in December.