"Back with a release nationally after 3 years," wrote Rana Daggubati 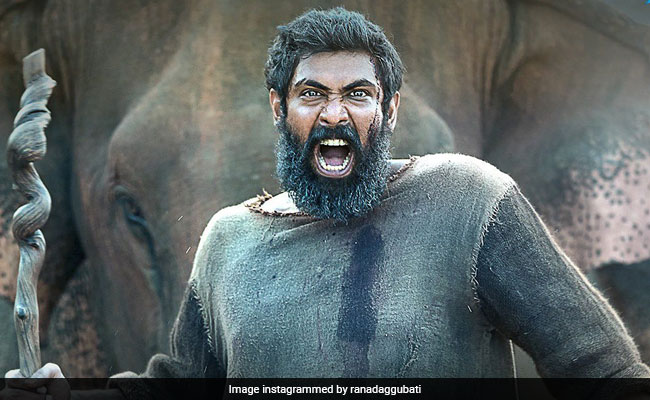 Rana Daggubati, who is currently busy with the shooting of his forthcoming film Haathi Mere Saathi, shared updates from the film on his Instagram profile on Monday and Tuesday. The 35-year-old actor shared a new poster from the film on his Instagram profile. In the picture, Rana can be seen holding a stick in his hand and the expression on his face is very intense. Sharing a poster from the film, Rana wrote: "Back with a release nationally after 3 years! Sorry for the delay but I promise you it's worth the wait.....Witness the biggest fight save the forest in Aranya (Telugu) Kaadan (Tamil) and Haathi Mere Saathi (Hindi) on April 2, 2020 at a theater near you."

Back with a release nationally after 3 years!! Sorry for the delay but I promise you it's worth the wait.....Witness the biggest fight to #SaveTheForest in #Aranya (Telugu) #Kaadan (Tamil) #HaathiMereSaathi (Hindi) on April 2, 2020 at a theatre near you. @erosnow

Rana, who is busy with dubbing for the Hindi rendition of the film, shared a picture from the sets of the film and wrote: "More dub a dub dub.....Hindi. Haati Mere Saathi."

Haathi Mere Saathi is a tribute of sorts to Rajesh Khanna, who famously starred in the 1971 classic movie of the same name. But the new one will not exactly be a remake and have a different plot. Prabhu Solomon is directing the film. Last year, the actor shared his first look from the film. Check it out here:

Rana Daggubati made his acting debut with the 2010 Telugu film Leader. The actor made his debut in the Hindi film industry with the 2011 film Dum Maaro Dum and went on to feature in several Telugu, Tamil and Hindi films such as Naa Ishtam, Department, Krishnam Vande Jagadgurum, Arrambam, Baby, Bangalore Naatkal, Baahubali: The Beginning, Baahubali: The Conclusion and The Ghazi Attack. On the work front, Rana Daggubati was last seen in the 2019 comedy film Housefull 4.