"The wedding will happen this year. We were thinking of having it around December but it could happen even sooner than that too," said Suresh Babu 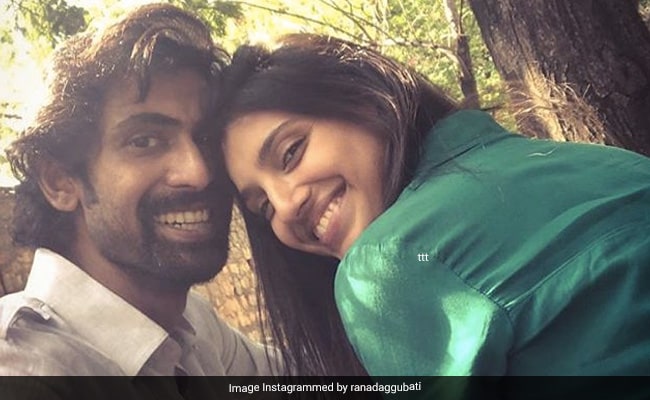 Rana shared this photo on his Instagram (courtesy ranadaggubati)

After Rana Daggubati dropped the big news about his engagement to Miheeka Bajaj, the Baahubali actor's father, filmmaker Suresh Babu shared details about the couple's impending wedding in an interview with Times Of India. Looks like it's going to be a December wedding but nothing has been finalised yet, said Suresh Babu. "The wedding will happen this year. We were thinking of having it around December but it could happen even sooner than that too. We will reveal the details once things are finalised. One thing's for sure, the kids have given us a nice way to enhance our lockdown productivity. We'll now be busy planning a wedding," Times Of India quoted the 61-year-old filmmaker as saying.

While not many details about Rana and Miheeka's love life have been made public, Suresh Babu hinted that they are long-time acquaintances. He's also happy that the two families will now have the wedding planning to keep them preoccupied during the lockdown. "During these grim times, we finally have a reason to celebrate. The entire family is happy. The kids have known each other for a long time now and we're all very happy for them. It's too soon to talk about other details about the wedding. We will reveal everything at the appropriate time," Suresh Babu told TOI.

On Wednesday, Rana Daggubati made the big reveal as he shared a photo of himself and Miheeka Bajaj along with the caption: "And she said yes." The Baahubali actor was showered with congratulatory messages from the likes of his co-star Tamannaah Bhatia, best friend Ram Charan and his father Chiranjeevi being among the first ones to wish the couple.

Miheeka Bajaj is an entrepreneur and runs the interior designing and event management firm Dew Drop Design Studio. She is from a reputed business family in Hyderabad. Miheeka studied Interior Designing at Chelsea University. Her sister-in-law Sasha is designer Kunal Rawal's sister. Kunal Rawal is a close friend of Sonam Kapoor's family and so is Miheeka Bajaj. The Kapoors sent a whole lot of love for Miheeka on social media after the engagement announcement.