"I request you all to ask the gentleman to not do this and stop him. I am hopeful that I'll have your full support," Arun Govil said 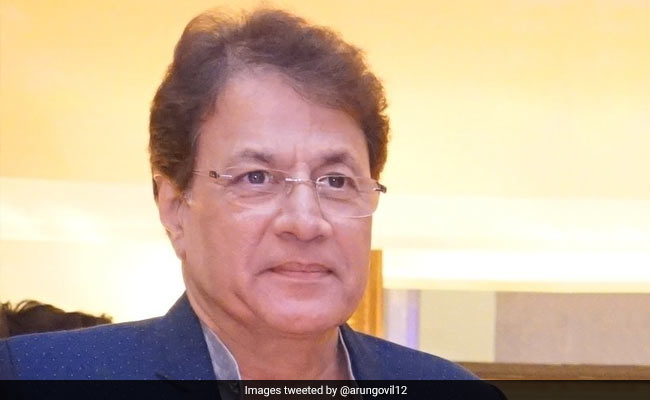 Actor Arun Govil, who is best known for starring as Lord Ram in Ramanand Sagar's Ramayan, made an "urgent plea" to his fans on Twitter. In a video message recently, the 62-year-old actor pointed out how an unidentified person has created a fake Twitter profile with the exact same photo that Arun Govil has as his profile picture. Mr Govil posted his video message after Prime Minister Narendra Modi mistakenly tagged the fake profile while thanking the actor for his message on coronavirus. Mr Govil asked his fans and followers to Twitter to report the fake profile and to "stop" it from operating as him. Here's what he said in his video message in Hindi, roughly translated in English: "I hope that you are watching Ramayan and have been enjoying it as always. A gentleman has created a Twitter profile with the moniker 'RealArunGovil' which is not real. In reality, my real account is 'arungovil12.' I request you all to ask the gentleman to not do this and stop him. I am extremely hopeful that I'll have your full support in this matter."

Arun Govil also thanked PM Modi for responding to his message asking fans to stay at home during the lockdown. Take a look at his tweet here:

Here's what PM Modi had tweeted:

These account is fake please ignore or blocked this.
Take a look at Arun Govil (@RealArunGovil): https://t.co/DjV1fWiolc

Within minutes of Arun Govil's appeal, Twitter jumped to his defence and started pointing out the fake profile, which comes with the description: "Well known actor, played a role as Shri Ram of the great TV serial Ramayan. Meanwhile, several users also pointed out that there are multiple fake accounts of Arun Govil.

I request @RealArunGovil to surrender his account to @arungovil12
who is The Arun Govil, played Lord Ram in Ramayan.

It's not right to impersonate such Big artist. It's unethical and improper.

There r multiple fake accounts of Arun Govil on Twitter, some with 1000s of followers.
These all r fake accounts, kindly unfollow them n report them as fake.
His real account is @arungovil12 where he has clarified about fake Twitter accounts in his name.
RealSunilLahri looks fake pic.twitter.com/4Ey7uqpVXb

These account is fake please ignore or blocked this.
Take a look at Arun Govil (@RealArunGovil): https://t.co/DjV1fWiolc

Arun Govil, who became a household name after starring in Ramayan in the Nineties, came into the limelight again after Doordarshan brought back the show on TV during the lockdown. Arun Govil and his Ramayan co-stars Deepika Chikhalia and Sunil Lahri, known to fans as Sita and Lakshman, also made an appearance on The Kapil Sharma Show recently as Ramayan clocked 33 years this year.