Rajkummar Rao said: "This is a family film, relationship drama, it is about friendship and love" 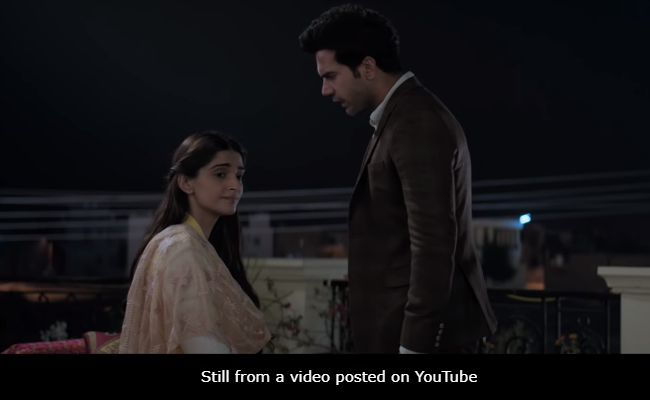 Rajkummar Rao, who stars in this week's Ek Ladki Ko Dekha Toh Aisa Laga, told news agency PTI that the film headlined by Sonam Kapoor and Anil Kapoor talks about acceptance and what's relevant in the society today. The film, which is about a family accepting their daughter's sexual orientation, opened to fabulous reviews on Friday. "This film is more about acceptance. This is a family film, relationship drama, it is about friendship, love. I believe there has to be equality, you can't judge someone based on sexual preference. It is their life and who they want as their partners, it is a normal thing. It talks about things that are relevant in our society," Rajkummar said.

When asked why he chose to be a part of the film, Rajkummar said: "More than the role, the story was unique, so I did the film. I liked the role as well. It is the story that I look at first and then comes my role."

Rajkummar Rao has featured in critically acclaimed films like Shahid, Newton, Aligarh, Trapped and Stree to name a few. When asked to compare the superstardom of Bollywood's Khan trinity to his own, the actor said: "I don't think we can compare superstars and actors like me. The kind of films Aamir sir, Shah Rukh sir and Salman sir have done are amazing. You can't say they are not good just because one of their films did not work. They are superstars for some reason and we all love them. I am myself a fan of Khans. We should not compare. We are very new and we have a long way to prove ourselves. I don't think the kind of superstardom that these superstars have seen will ever come back again."

In 2018, the Khans released one film each. Though SRK and Aamir's films, Zero and Thugs of Hindostan tanked at the box office Salman's Race 3 crossed Rs 100 crore-mark but was panned by the critics.

"I want all our films to do well at the box office. But the craze that they have seen is something I don't think is going to comeback. It is very tough. People love these actors, the way people react, shout, hug, cry... The phenomenon is huge," Rajkummar added.

Rajkummar Rao's upcoming projects are Mental Hai Kya with Kangana Ranaut and Made In China. He has also signed a film with Anurag Basu and Hansal Mehta.