Rajinikanth's 2.0 May Have Only One Song 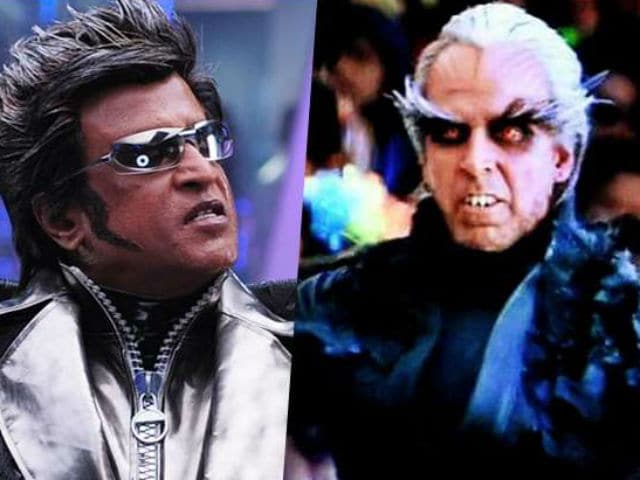 This image was posted on Twitter by Uday Senan

Chennai: Superstar Rajinikanth starrer Tamil science fiction action-drama 2.0, a sequel to 2010 blockbuster Enthiran, will most likely feature only one song, a source said.

"There is only one song in the film and the makers have already shot it. However, the album will feature five or six songs," the source from the film's unit told IANS.

The solo song is a duet, and it was shot in Ukraine.

"This song was shot across exotic locations in Ukraine. It's a mellifluous duet and it has been picturized on Rajinikanth sir and Amy Jackson," he said.

Double Oscar-winning composer A.R. Rahman is composing the tunes for the movie, which is directed by Shankar.

The film marks the Tamil debut of Akshay Kumar, who plays the antagonist. It also features Adil Hussain and Sudhanshu Pandey in important roles.

Promoted
Listen to the latest songs, only on JioSaavn.com
The first look of the much-anticipated film will be unveiled on November 20 in Mumbai and the event will be streamed live.