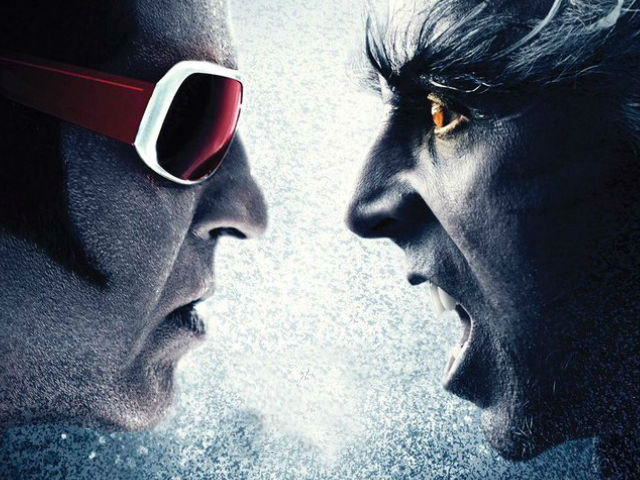 Rajinikanth and Akshay Kumar in 2.0

New Delhi: Rajinikanth fans, there is a piece of bad news for you all. The superstar's much-awaited film, 2.0, which was earlier scheduled for a Diwali release, will now hit the screens in January 2018. The release date has been shifted due to special effects work. The film is directed by S Shankar. "Our most ambitious project, Shankar's 2.0, shifts to 25 January, 2018. It moves from earlier Diwali release to achieve world class standards in VFX," tweeted Raju Mahalinga, Creative Head of Lyca Productions, which is making the film. 2.0, a sequel to Rajinikanth's 2010 blockbuster Enthiran (Robot in Hindi), is one of the most-anticipated films of the year after Baahubali: The Conclusion.

Our most ambitious project, Shankar's 2.0,shifts to 25Jan2018.It moves from earlier Diwali release to achieve world class standards in VFX.

With 2.0, Akshay Kumar is debuting in the Tamil film industry. He will be seen as the villainous, Dr Richard, a scientist while Rajinikanth reprises his roles of Dr Vaseegaran and Chitti, the robot. Amy Jackson has replaced Aishwarya Rai Bachchan in the film.

2.0 has been made under a budget of Rs 450 crore. Ahead of its release, the film has made a business of Rs 110 crore through satellite rights. 2.0 will release in Tamil, Telugu and Hindi.

In March, two photojournalists were attacked by several crew members in Chennai, after they questioned why the film unit had blocked a road. Later, director Shankar apologised on their behalf.

The film was earlier set to clash at the box office with Ajay Devgn's Golmaal Again and Aamir Khan's Secret Superstar.