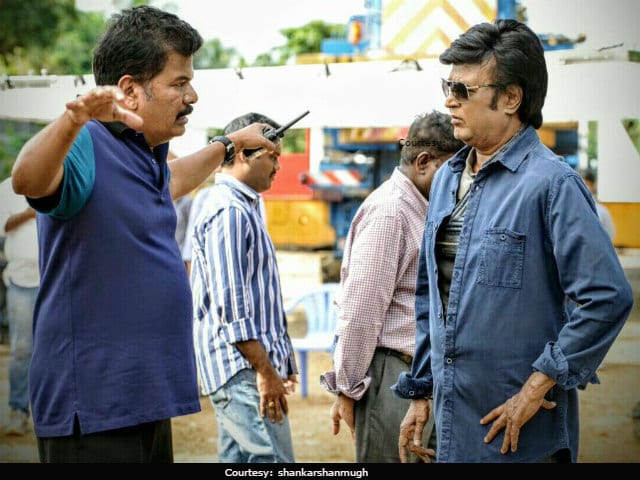 New Delhi: Filmmaker S Shankar, director of 2.0 starring Rajinikanth, has apologized after his crew attacked two photo journalists in Chennai today. "I am sorry. I shall ensure incidents like this don't repeat. It has happened without my knowledge," Shankar told the local press. After his apology, the journalists are withdrawing the police complaint they filed against the film's production manager, a bouncer and director S Shankar's nephew. The attack took place when the photo journalists questioned why the film unit had blocked a road in the Chennai neighbourhood of Thiruvallikeni or Triplicane. They also reportedly asked if the unit had permission to shoot during the day. Rajinikanth, 66, was not present on set.

One of the two photo journalists works for an English daily, the other for a Tamil daily. "When we asked if it was proper to inconvenience public by blocking roads especially during (morning) peak hour, two crew members used foul language against us and we were beaten up," they told news agency PTI.

Before the complaint was dropped, the Chennai police told NDTV that they were looking into the matter and would file a First Information Report or FIR. A senior officer told NDTV, "We are investigating. We would make arrests if it warrants."

Most of 2.0, a sequel to the 2010 sci-fi blockbuster Enthiran, has already been filmed and is currently is post-production. Director Shankar revealed earlier this month that a song and some 'patchwork' shots were pending. 2.0 also stars Akshay Kumar, who has filmed his scenes, and actress Amy Jackson.

This is the second instance of film unit security scuffling with the media on set. Days ago, bouncers on the set of Sanjay Dutt's Bhoomi in Agra were also accused of having manhandled journalists and bystanders - the actor was not present and later said in a statement that he would have prevented the scuffle if he had been there.

Promoted
Listen to the latest songs, only on JioSaavn.com
2.0 is one of this year's biggest films. The 2010 original, which was released in Hindi as Robot, starred Rajinikanth, Aishwarya Rai Bachchan and Danny Denzongpa. The last two do not return in the sequel but Rajinikanth reprises his double role of Chitti the Robot and scientist Dr Vaseegaran. Akshay Kumar is cast as the main antagaonist - a scientist named Dr Richard of monstrous appearance, transformed after an experiment goes horribly wrong.

A R Rahman provides the soundtrack of 2.0 and the cast also includes actors Adil Hussain and Sudhanshu Pandey. The first look of the film was revealed last year and went instantly and massively viral. 2.0 will release on October 18 in Tamil, Telugu and Hindi.