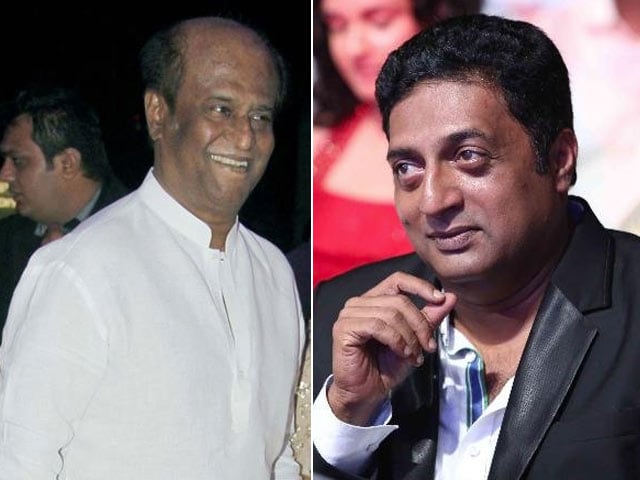 The image on right was posted on Twitter by Prakash raj

Chennai: Actor Prakash Raj is in talks for a pivotal role in superstar Rajinikanth's yet-untitled 159th film, which is set to go on the floors in August in Malaysia.

"Prakash Raj sir has been approached and talks are currently going on. He's kicked about the role. An official announcement can be expected in a week's time," a source from the film's unit told IANS.

Prakash Raj has worked with Rajinikanth only once in a brief role in the latter's 1999 film Padayappa.

To be directed by Pa Ranjith, the film will reportedly feature the superstar in a role of an ageing gangster.

Kalaipuli S Thanu is producing this project, which will have music by Santosh Narayanan.