Rajinikanth vs Kamal Haasan Inherited by Their Daughters 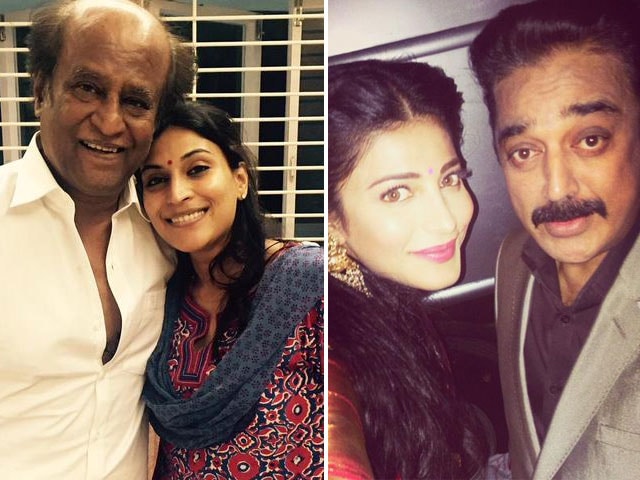 Chennai: If their fathers were pitted against each other in the battle for superstardom in south India, their daughters will battle it out in a new arena.

Superstar Rajinikanth's daughter and director Aishwaryaa R Dhanush got everyone's attention recently when she announced the launch of a new YouTube channel for promoting and marketing short film content to their existing subscriber base.

Before the opening applause of this venture could die out, actor Kamal Haasan's daughter and actress Shruti, came up with a big bang herself. She announced that she'll launch a new label to promote short films, independent music albums and multimedia content. She even announced that she has plans to produce full-fledged feature films in the future.

Only time will tell which star daughter will pitch for the next Superstar. Bring it on, ladies and here's to a new phase of South Indian movies.

Meanwhile, Shruti will soon be seen in Welcome Back which also features Anil Kapoor, Nana Patekar, John Abraham, Naseeruddin Shah and Paresh Rawal. It is scheduled to release on September 4.