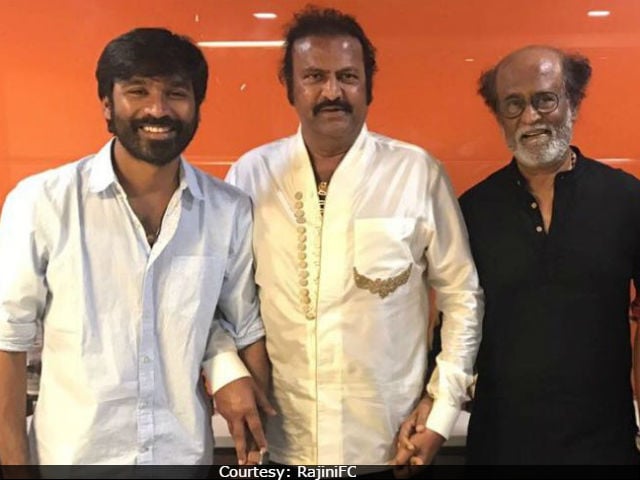 New Delhi: Actor Dhanush's recently released film Power Paandi, will be remade in Telugu, reports news agency IANS. The film will feature Telugu actor Mohan Babu in the lead role. Deccan Chronicle reports that superstar Rajinikanth had arranged a special screening of Dhanush's film for his friend, colleague Mohan Babu, who was impressed by Power Paandi's script. Later, Rajinikanth suggested that the film should be remade in Telugu with Mohan Babu. Power Paandi, Dhanush's first film as a director, opened to rave reviews at the box office on April 14. The film features Raj Kiran in the lead role and Dhanush has a cameo appearance. The remake will be directed by Subramaniam Siva.

Mr Siva believes that the film will 'work across all languages.' "The story is such that it will appeal to audiences across the board. Irrespective of the language in which the film is made, it will work. The Telugu remake is currently being considered with Mohan Babu sir. If everything falls in place, we will go to sets in a couple of months," he told IANS. Subramanian Siva has directed Dhanush in films like Thiruda Thirudi and Seedan.

Dhanush is married to Rajinikanth's elder daughter, film producer Aishwaryaa R. Dhanush. He is all set to produce Rajinikanth's next film. The film will go on floors in the month of May. Dhanush made an announcement about the film on social media a couple of days ago.

@iam_vikrambabu@beemji@superstarrajini@WunderbarFilms_ starts in may mid :)

Promoted
Listen to the latest songs, only on JioSaavn.com
Meanwhile, Dhanush's next film is VIP 2, co-starring Kajol. Rajinikanth will be next seen in 2.0, a sequel to his 2010 blockbuster film Enthiran (Robot in Hindi). The film marks Akshay Kumar's debut in Telugu industry. 2.0 is scheduled for a Diwali release.