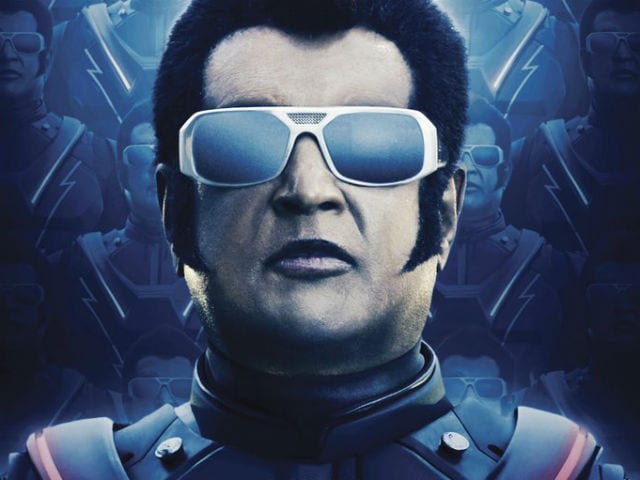 2.0: Rajinikanth as Chitti the robot

New Delhi: Superstar Rajinikanth starts dubbing for his highly-anticipated film 2.0 today. The film, reportedly made on a budget of Rs 400 crore according to news agency IANS, is the sequel to 2010's Enthiran, where Rajinikanth, 66, played the double roles of Dr Vaseegaran and Chitti the robot. He reprises both characters for the sequel. 2.0 also features Akshay Kumar as the antagonist, Dr Richard, who transforms into a bird-like creature after an experiment goes wrong. Oscar-winning sound designer Resul Pookutty revealed the dubbing schedule on his Twitter page. He wrote, "En route Chennai to start the dubbing with our very own Rajinikanth for '2.0'" (sic).

Enroute to a chennai to start the dubbing with our own @superstarrajini for #2.O

The first official look of the film was released in November, featuring Akshay Kumar with feathered eyebrows and grey hairdo.

Here's how Akshay will look as Dr Richard in 2.0:

2.0's first look was launched in Mumbai and was attended by Salman Khan. Karan Johar played master of ceremonies. The film's cast, including Rajinikanth, Akshay and Amy, was also present.

The film also features Sudhanshu Pandey in a negative role. Sudhanshu is Akshay's co-star from Khiladi 420 and Singh Is Kinng. The actor plays the son of Dr Bohra, the main villain from Enthiran, played by actor Danny Denzongpa. Adil Hussain, who was last seen in Parched, is also a part of 2.0. The film is scheduled for a Diwali release.

Promoted
Listen to the latest songs, only on JioSaavn.com
Rajinikanth's last release, Kabali with Radhika Apte, was a blockbuster while Akshay Kumar's last film, Rustom, was also a hit at the box office.