Rajinikanth And Akshay Kumar's 2.0 Has Reportedly Recovered Rs 370 Crore Out Of 500 Already

Big budget films sometimes fail at the box office due to their weak plotlines, the latest example of which is Thugs Of Hindostan 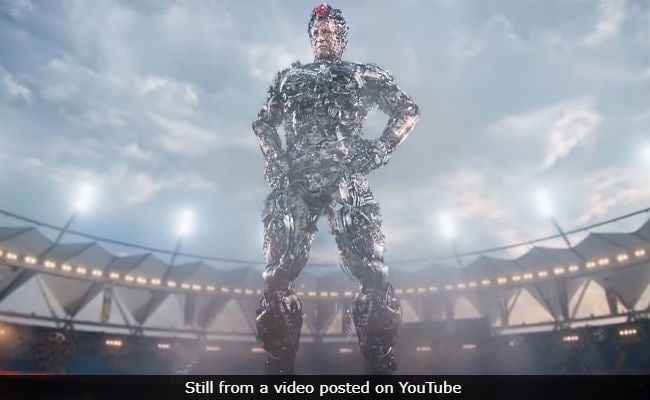 Rajinikanth and Akshay Kumar's upcoming film 2.0, which was made on a budget of Rs 500 crore, has recovered a good chunk of the amount through the sale of the film's satellite rights, digital rights and the distribution rights, reports Bollywood Hungama. Lyca Productions sold 2.0's satellite rights for Rs 120 crore and the digital rights for Rs 60 crore in all versions (the film is releasing in Tamil, Hindi and Telugu). The producers have sold the distribution rights in the northern belt, Andhra Pradesh, Karnataka and Kerala but they've retained the region of Tamil Nadu and overseas, which as per Bollywood Hungama will fetch them maximum profit. Bollywood Hungama report stated that the "self-distribution model" in Tamil Nadu and abroad will help the filmmakers maximise their profit.

Here's the reported distribution break-up for 2.0, as per Bollywood Hungama:

The Bollywood Hungama report also stated that the remaining Rs 130 crore (to reach break-even point) can be covered in the first week of the film's release if the content is strong. Recently, Yash Raj Films' big budget film Thugs Of Hindostan failed to secure good box office numbers despite an ensemble cast including Amitabh Bachchan and Aamir Khan, because of its poor reviews. On the other hand, Badhaai Ho, a film made on a relatively smaller budget, collected over Rs 200 crore worldwide based on strong content and positive word-of-mouth reviews.

Meanwhile, the release of 2.0 has been delayed by several months because the filmmakers did not want to compromise on the quality of their project. The filmmakers have promised a unique experience via-a-vis the technology used in the film.

The trailer of 2.0 gives a glimpse of it:

2.0 is the sequel to 2010 film Enthiran, in which Rajinikanth played the hero (Dr Vaseegaran) and the anti-hero (robot Chitti). In 2.0, Vaseegaran and Chitti unite against a common enemy - Dr Richards, played by Akshay Kumar.

The film opens in theatres in November 29.