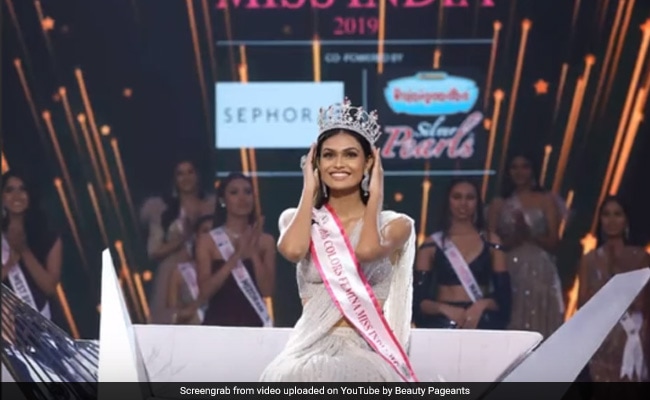 A still of Suman Rao during the contest (Courtesy:YouTube)

20-year-old Suman, a college student, will represent India at Miss World 2019 in Thailand. "When you get yourself determined towards a particular goal in life, every single nerve and fibre of your body starts working into that direction for a victorious journey," she said in an interview.

During the event, film stars like Katrina Kaif, Vicky Kaushal and Mouni Roy enthralled the audience with their dance performances.

The event was hosted by the Bollywood filmmaker Karan Johar and actor Manish Paul.

(Except for the headline, this story has not been edited by NDTV staff and is published from a syndicated feed.)
Comments
Suman RaoMiss India 2019