"If there's a lesson here about being in the right place at the right time," Rahul Khanna captioned his photo 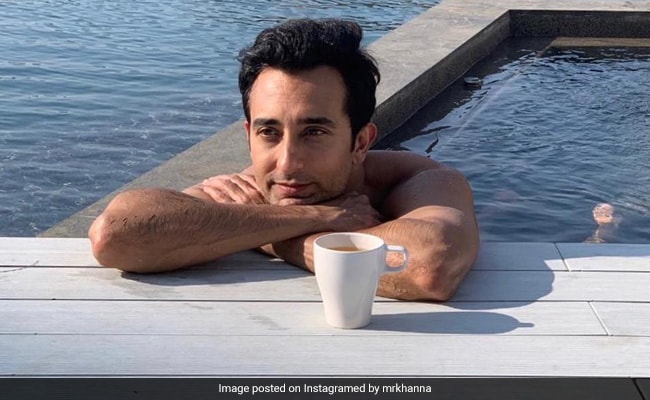 Rahul Khanna shared this on his Instagram (courtesy mrkhanna)

Oh, Rahul Khanna! The 47-year-old actor flew out of the National Capital today morning, ahead of which he struggled little bit with ironing woes. On his Instagram stories, he shared a two-step tutorial of "the single man's guide to get creases out when running late for a flight and can't iron anyway." Rahul Khanna posted something about steaming your tee in the shower but that was only a build-up for his final Instagram story from the Delhi hotel, which he also shared as a post later. Sharing a washroom selfie, sporting just a bathrobe worn as a cape, Rahul Khanna stirred up his Instafam as he wrote: "If there's a lesson here about being in the right place at the right time." Trust us when we say this - Rahul Khanna's latest Instagram post will only make you say: "Ooh la la."

I feel there's a lesson here about being in the right place at the right time. 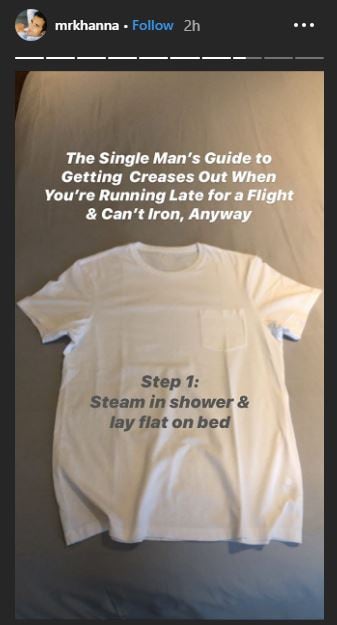 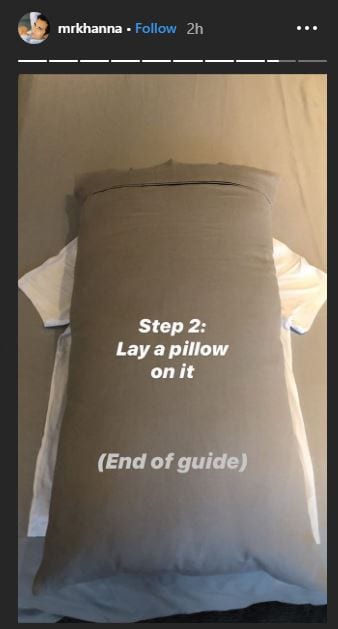 Sometime last year, Rahul Khanna had shared a photo of himself in red shorts and jokingly compared himself to Mowgli. He asked who wore the 'bare necessity' better? And to be honest, no one can win over the adorable Mowgli. Not even a shirtless Mr Khanna.

Rahul Khanna made his Bollywood debut with Deepa Mehta's 1947 Earth, which got him the Filmfare Best Male Debut Award. He has also starred in films such as <>IThe Emperor's Club, Dil Kabaddi, Love Aaj Kal, Wake Up Sid and Fire Flies, which remains his last film so far. On TV, Rahul Khanna has been part of shows such as The Americans and the Indian version of 24.