Raghu Ram And Natalie Di Luccio Are Having A Baby: 'A Hard Secret To Keep' 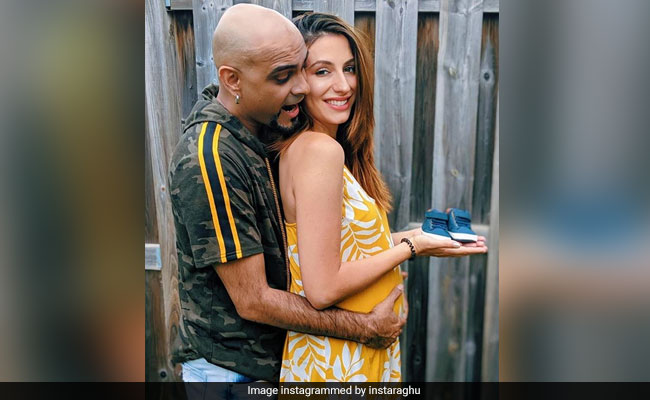 TV presenter Raghu Ram and his wife Natalie Di Luccio are expecting their first child and made the baby announcement with adorable Instagram posts over the weekend. Sharing a photo of Raghu posing with Natalie's baby bump, he wrote: "Getting ready for the biggest adventure of my life yet" and added the hashtag "#OverTheMoon." On her Instagram, Natalie wrote: "This has been a hard secret to keep! We are so excited and can't wait to meet you little munchkin." Within minutes of the big reveal, Raghu and Natalie were showered with congratulatory messages from their friends and colleagues such as Ayushmann Khurrana, Karanvir Bohra, Rannvijay Singha, Sophie Choudry and others.

"Thank you all so, so much for your warmth and wishes! Natalie I and the whole family is super excited to welcome the little one," Raghu added in the comments section.

Getting ready for the biggest adventure of my life yet! @nataliediluccio #OverTheMoon

Raghu Ram married Natalie Di Luccio, who is from Canada, in a beach wedding in December last year. Raghu announced his engagement with Natalie in August and then dropped the wedding news in November. Their engagement ceremony in Toronto was attended by TV celeb Karanvir Bohra and his wife Teejay Sidhu.

Raghu Ram was previously married to actress Sugandha Garg. They divorced in January last year. Raghu Ram is best known for hosting MTV India reality shows such as MTV Roadies, MTV Dropout Pvt Ltd and MTV Splitsvilla, all of which he produced. He's also featured in a handful of Bollywood movies like Tees Maar Khan and Jhoota Hi Sahi.